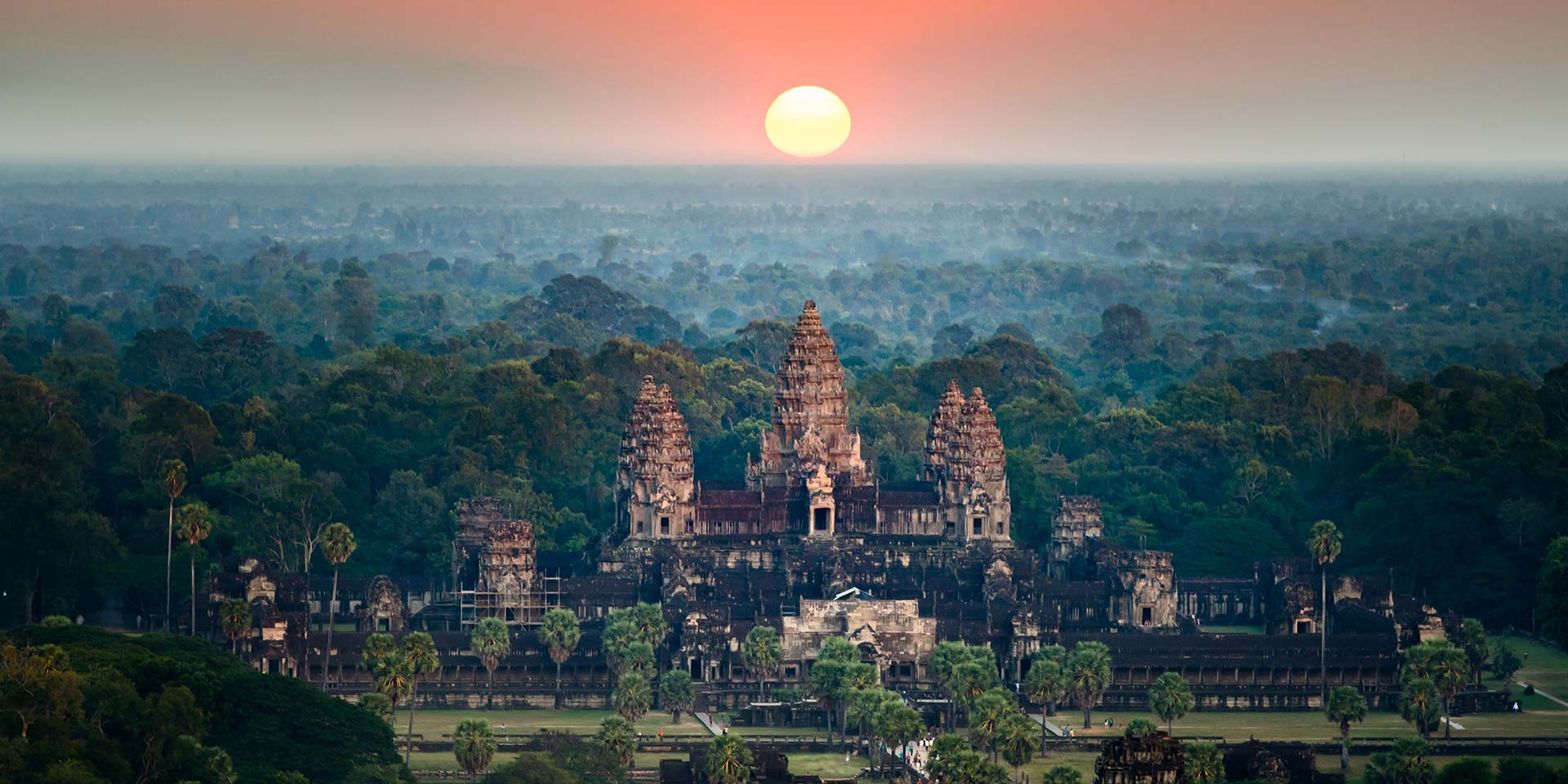 It is a topic which has long divided historians. Why was one of the largest and most spectacular cities that Asia ever witnessed abandoned in the 1400s? What caused the rapid downfall of Angkor, which had been the hub of the mighty Khmer Empire for more than 500 years? Many historians believe Angkor was destroyed by invaders, who turned it into a massive ghost town. But now Australian scientists claim to have finally solved this puzzle.

Before we delve into their findings it is crucial to get an understanding of Angkor. It is now one of the most famous tourist attractions in all of Asia, with the Angkor Archaeological Park attracting 2.6 million foreign visitors last year. Many of these traveler’s head to the park, on the outskirts of Siem Reap in northern Cambodia, to see the monumental Angkor Wat temple complex.

Angkor Wat is one of the classic travel bucket list attractions. With its five towers, and incredibly intricate stonework, this iconic 12th century temple is one of the most breath-taking structures on the planet. Built from enormous sandstone blocks in the Khmer style, Angkor Wat is surrounded by a large moat and lofty walls. Despite all the tourism focus being centered on Angkor Wat, it is in fact just one of a huge number of archaeological remains from the grand city of Angkor.

Spread across a vast area of about 400 square kilometers, the remains include dozens of Hindu and Buddhist temples, as well as sophisticated canals, reservoirs and dykes. While it is the grandeur of its temples for which Angkor is famous, these latter hydraulic structures underline just how advanced Angkor was 1,000 years ago. World heritage body UNESCO describes the city as an “exceptional civilization” and states that its complex architecture and clever urban planning showed “a high level of social order and ranking within the Khmer Empire”.

ABOVE: Spires of Angkor Wat.

This phenomenal city was established in the late 9th century, when it became the home of Khmer King Yashovarman I. At that stage it was a small, modest settlement. Over the following 500 years a huge amount of power became concentrated in Angkor. It was the heart of the Khmer Empire, which grew and grew and grew. From this central base at Angkor, the empire’s territory eventually stretched as far north as China, as far south as what as what is now southern Thailand, as far west as Myanmar and as far east as Vietnam.

The empire accumulated so much wealth and boasted such a vast workforce that it had the means to turn Angkor into a jaw-dropping city, a symbol of Khmer supremacy. Not only was its architecture remarkable, but the concept behind the city’s layout was incredibly complex. Angkor was intended to represent a universe from Hindu cosmology. Anchoring the city was its only natural hill, Phnom Bakheng, with each of Angkor’s temples then positioned in “orbit” around this hill, while the city’s outer walls symbolized the edge of the cosmos and its irrigation system represented the rivers of this universe.

ABOVE: Path to Angkor Wat.

Angkor arguably reached its peak in the first half of the 12th century under the rule of Khmer king Suryavarman II. It was during his reign that Angkor Wat, the crowning achievement of the Khmer Empire, was built. Rather than this ushering in a new era of regional dominance, within a century after this project was completed the empire began to shrink. This was in part due to the rivalry that emerged with the nearby Sukhothai Kingdom.

It was in Sukhothai in the 13th century that Thailand is widely considered to have been born and, over that century and the next, the Thais began to take control of vast areas of what had been Khmer territory. Many historians have long claimed this rivalry reached a head in 1431. They believe Angkor was captured and looted by the Ayutthaya Kingdom, which was essentially the Thai successor to the Sukhothai Kingdom. It has been widely stated that Angkor was deserted as a result of this raid. Now a new tale has emerged.

A Journey to Cambodia

Australian scientists say Angkor declined gradually rather than being destroyed. By studying soil erosion and forest disturbance, scientists from the University of Sydney have found evidence Angkor was slowly abandoned. In the 1300s it was one of the world’s biggest cities, perhaps even the largest, home to up to 1 million people.

Associate Professor Dan Penny from the university’s School of Geosciences said their research found that land use within Angkor diminished steadily over more than 100 years before the city’s abandonment. This suggested the population had dwindled over a long period and the city had gradually been left to deteriorate. “Our study suggests the inhabitants didn’t leave Angkor because the infrastructure failed, rather the infrastructure failed (or was not maintained or repaired) because the urban elite had already left,” Associate Professor Penny said.

That is an altogether less dramatic and less gripping version of history than the idea that this potent empire, which ran roughshod over Southeast Asia for so long, finally met its match.