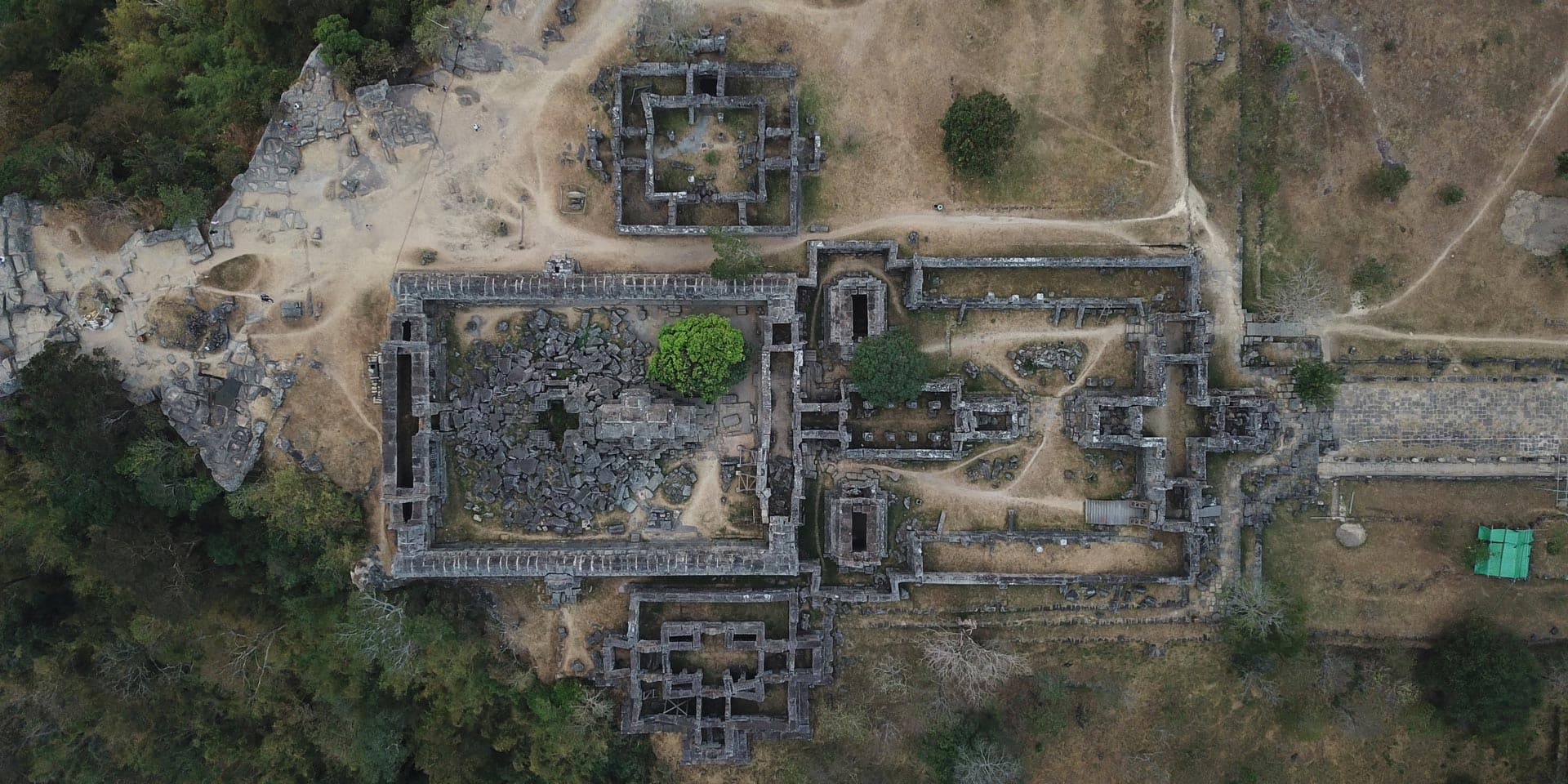 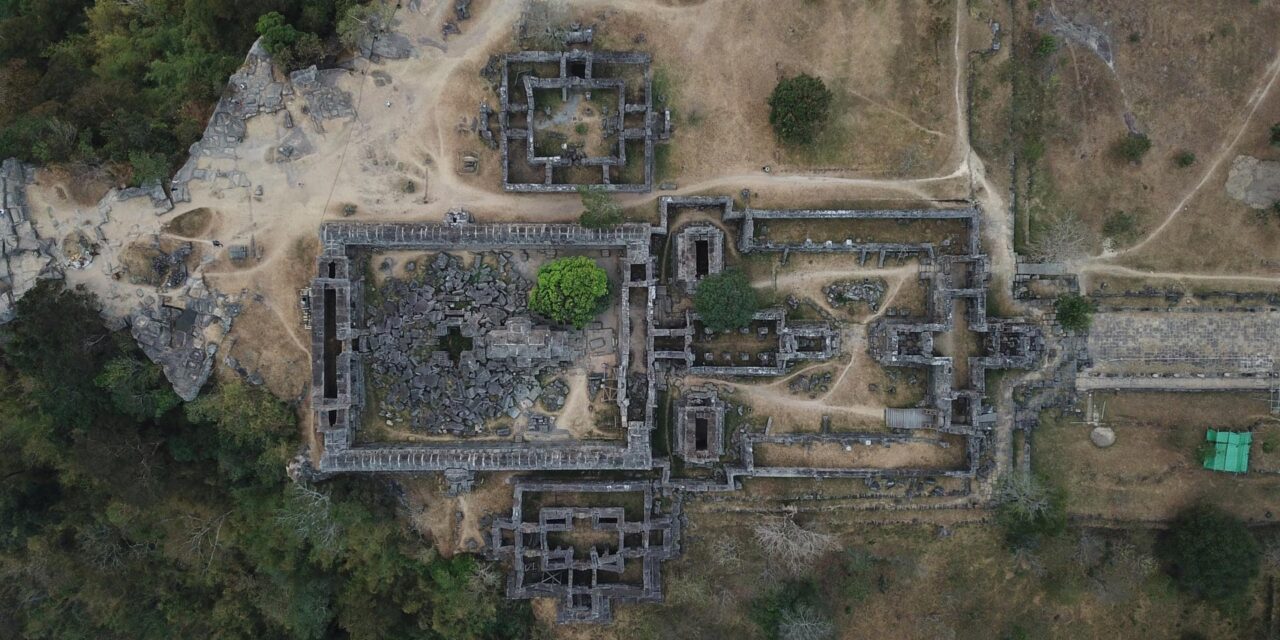 In the mid-nineteenth century, the French naturalist Henri Mouhot wrote about a temple complex his guides brought him to that was all but swallowed up by surrounding jungle. In his notes he wrote that the temple was “greater than anything the Greeks or Romans have left us […] a rival to that of Solomon, and erected by some ancient Michelangelo.” The temple was Angkor Wat, the largest religious monument in the world and so important to Cambodians it appears on their national flag.

“Angkor is every bit as astounding as its reputation. It’s one of the wonders of the ancient world but most of the time it’s simply over-crowded,” says Patton Warley, a Khmer temple enthusiast who has spent the past decade feeding his passion for by visiting historic sites known and unknown throughout Cambodia. “If you come at 6 am during the doldrums of the low season when its 110 degrees it’s going to be fairly empty, most other times though it can feel like Disneyland.”

Constructed under King Suryavarman II and dedicated to the god Vishnu Angkor Wat would act as the Khmer state temple and eventually as the king’s mausoleum. Since the end of the reign of the Khmer Rouge in the 1990s, the Angkor complex and its surrounding temples have become a must-see for most visitors to Cambodia.

In 1993, the first year visitors to Angkor were counted, the tally was 7,650; by 2007 it was over a million. Now, ten years later that number has jumped to 2.5 million. There are ways to see Angkor Wat more intimately, but there are also other options. There are nearby options like Phnom Kulen, but further afield there are Angkor Alternatives worth a look.

ABOVE: The nearby Bang Mealea, also built in the 12th century.

For those with a yearning for Khmer temples and an intrepid spirit there are an abundance of sites that remain mostly unvisited. The closest alternative away from the grand circuit other than Phnom Kulen is Bang Mealea. “It won’t be for everyone as it’s wholly unrestored but, if you’ve ever dreamed of finding a lost ruin in the jungle then this is the place,” Patton says.

How Luxury Camps are Saving the Cardamom Mountains

Sixty kilometers from Siem Reap, a once quiet town that has been transformed to serve the crowds visiting Angkor, is Bang Mealea, also built in the 12th century though is generally considered to pre-date the Angkor Wat. The two temples share a similar architectural design, but Bang Mealea was constructed on a single level. The history of the temple remains unknown, though there are numerous carved panels that depict the legends of Shiva, Vishnu, and the Buddha further complicating its mysterious origins.

The antithesis of the heavily restored galleries of Angkor Wat, Bang Mealea exists in its natural state of ruination. A raised walkway allows visitors to move above the collapsed structures embraced by the constricting roots of silk cottonwood and strangler figs. Throughout the toppled complex detailed carvings like those of Devetas in flowing sarongs and a rearing five-headed Naga are as powerful today as when the unknown artisans chiseled them into the native blue sandstone almost a millennium ago.

ABOVE: Banteay Chhmar over the water.

Further on, Banteay Chhmar was built by King Jayavarman VII in the late 12th or early 13th century to commemorate the death of his son in battle. Around 160 kilometers from Siem Reap the temple was reopened to the public in 2014 once landmines left over from the country’s civil war were removed and the damage from looters had been repaired.

ABOVE: The Banteay Chhmar complex ruins.

The temple complex houses numerous bas-relief carvings depicting daily life as well as the military exploits of the fallen prince. The Banteay Chhmar complex is nearly as large as Angkor Wat itself so visiting with a local guide helps to find satellite temples still deep in the jungle.

ABOVE: Carvings on the Banteay Chhmar ruins.

Banteay Chhmar is mostly un-restored though there is work going, Patton says, claiming it’s like being at Angkor in the 1950’s and that there were only two other signatures in the guest book on his last visit. In 2017 a scant 2,000 visitors made the trip.

ABOVE: The controversial Preah Vihear near the Thai-Cambodian border.

A bit further still on the Thai-Cambodian border, Preah Vihear temple sits at 525 meters above sea level on a cliff in the Damgrek Mountains, offering panoramic views of jungle to the west and the vast rice plains of Thailand to the North. The temple has been a point of conflict between Thailand and Cambodia that came to a head in 2011 when troops from the two countries engaged in a bloody standoff.

Romance, Relaxation and Renewal in Cambodia

The conflict was resolved in 2013 by an International Court which ruled on Cambodia’s side. The temple which predates the Angkor complex was built to celebrate the Hindu goddess, Shiva. The earliest ruins at the temple site date to the  9th century though most of what still stands are attributed to the Jayavarman dynasty in the 12th as its galleries and halls resemble those at Angkor Wat.

“The views from the cliffside still provide the same sense of awe this place must have held for those who made pilgrimages here in ancient times,” Patton says. “We may arrive in trucks or motorcycles today but we still have to climb the stairs and pass each of the five Gopuras just as any visitor would have hundreds of years ago.”

Khmer era temples are scattered throughout the region in Cambodia and Thailand ranging from complexes like Angkor that could compete with modern cities in size and population to just traces of ruined walls still forgotten in the jungles and forests.