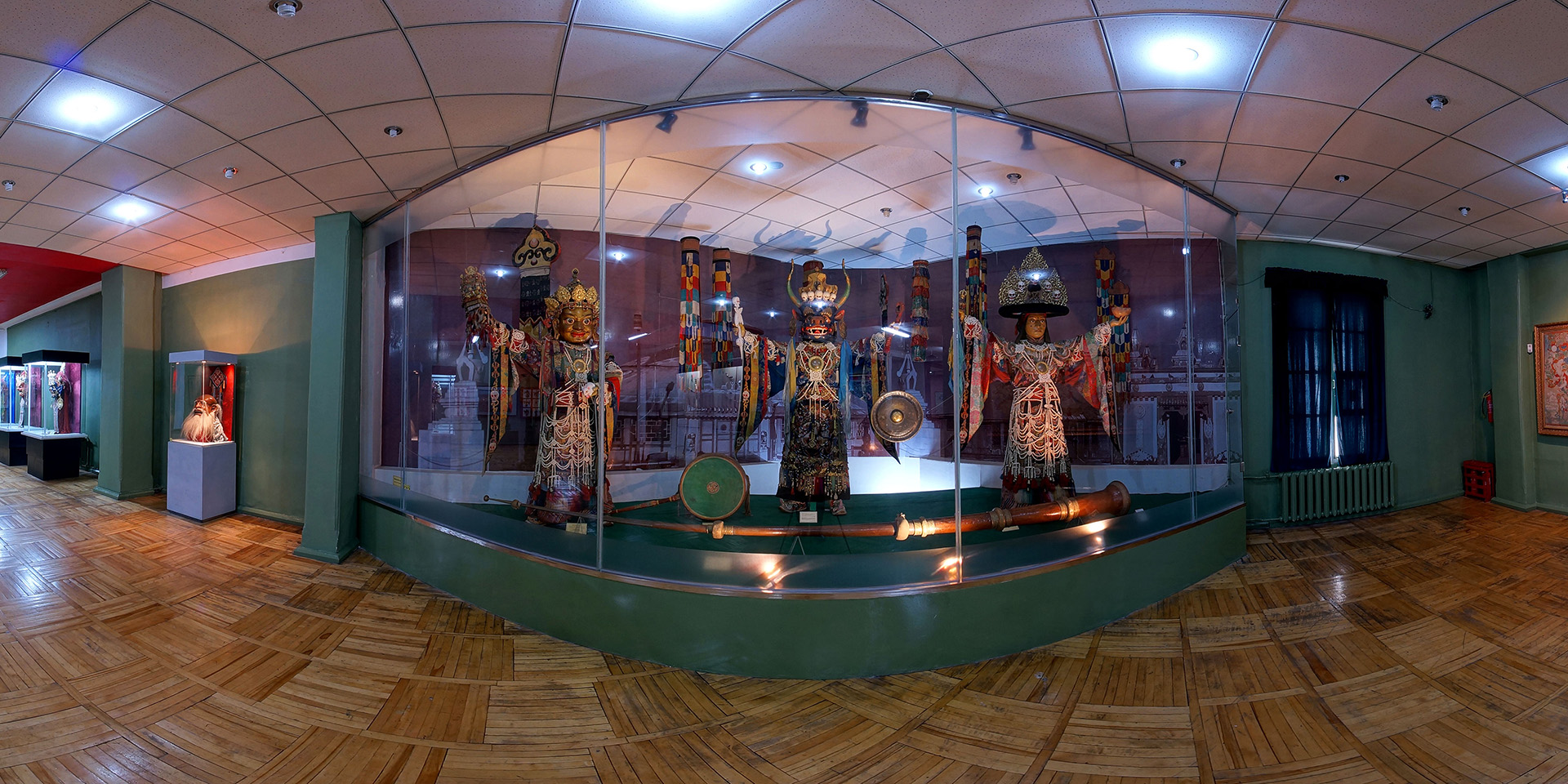 Ulaanbaatar has an eclectic mix of traditional and modern architecture nestled in the Tuul River valley; Soviet-era buildings stand side by side with monasteries. Ulaanbaatar isn’t know as Asia’s most artistic city, but it is here where visitors will find a unique look into the nation’s past with the Zanabazar Museum of Fine Arts.

The museum is named after Gombodorjiin Zanabazar, the First Bogd Jebtsundanba and High Saint of Mongolia. Zanabazar was a central figure to Mongolia during the 17th and 18th centuries and is well known for his contributions to the development of Mongolian art. The museum opened its doors in 1966 with 300 pieces on exhibition and has grown into housing 13,000 pieces in 12 exhibition galleries today, a must-see stop for art lovers traveling through Mongolia’s capital.

Taking a Royal Enfield Across the Mongolian Steppes

The building known as the Zanabazar Museum of Fine Arts today was built in 1905, the first ‘European style’, two-storey building in Ulaanbaatar. It started out as a trade center, was rented to a Chinese bank, served as the commander’s office for the Russian military, and later became Ulaanbattar’s first State department store, Undur Delguur. In 1961 the Union of Mongolian Artists used the building for a permanent exhibition and in 1966 it became a museum, renamed the Zanabazar Museum of Fine Arts in 1995.

The museum houses pieces from ancient civilizations and contemporary artists. The ancient art goes all the way back to the Stone Age, including a reproduction of cave drawings featuring animal figures painted in red-brown ochre.

ABOVE: Costumes and tapestries in the Zanabazar Fine Arts Museum.

A number of Tanka (or Thangka) paintings are exhibited, Buddhist paintings depicting religious figures and deities and consisting of specific geometric shapes and symbols.

The Zanabazar Fine Arts Museum features a room dedicated to Tsam masks and costumes. Tsam religious dances involve brightly colored masks with large eyes and open mouths baring teeth and fangs. Covered with ornate silk appliqué and embroidery with carved earrings, the Tsam masks are about twice the size of a human head and are the heart and soul of one of Mongolia’s most colorful cultural traditions.

ABOVE: Relics in the Zanabazar Fine Arts Museum.

As expected there are also many pieces by Zanabazar himself, these include the Five Dhyani (Contemplation Buddhas) cast in 1683, Tara in Her 21 Manifestations, and the Bodhi Stupa.

ABOVE: The famed One Day in Mongolia from Baldugiin “Marzan” Sarav.

Visitors will also find paintings by Baldugiin “Marzan” Sarav from the 19th century, including his works One Day in Mongolia and Airag Feast.

The fine arts museum also serves as a way for visitors to look into the past of Mongolia, with exhibits like an old snuff bottle, inspired by the Manchus and Chinese during the Munchu Qin Dynast, intricately carved from semi-precious rare stones like coral, crystal and jade. The ornate Zaviya Teapot is decorated with two spouts shaped like camel necks, a sheep’s head shaped handle, and cattle figure and bull on the lid. Another notable piece is a knife set with bone sheath, adorned with eight signs (thought to bring good fortune) and foliate patterns.

ABOVE: Wide shot of a hall of Buddhas.

Hustai: A Glimpse of Mongolia’s Past

A spectacular piece of silk appliqué, completed by Buddhist artists depicting “Shridevi,” is also on permanent display. Shridevi is invited into Buddhist monasteries on the New Year Eve of the lunar calendar to ensure good fortune for the new year. Meaning “Girl” in Mongolian, this image of Shridevi is anything but timid: three eyes, large muscles, and flowing hair. The figure was created by artists in the late 19th century by inlaying precious jewels onto the design sketch of an anonymous artist.

Perhaps one of the most intriguing exhibits is that of the recent excavation of a tomb from the 7th century. Findings on exhibit include wooden crafts, ceramic figures of animals and people, and two square blue stones with the biography of the buried.

Ulaanbaatar isn’t exactly known for its art, but the Zanabazar Museum of Fine Arts is an excellent place to get lost in the ancient culture and traditions of this fascinating capital.