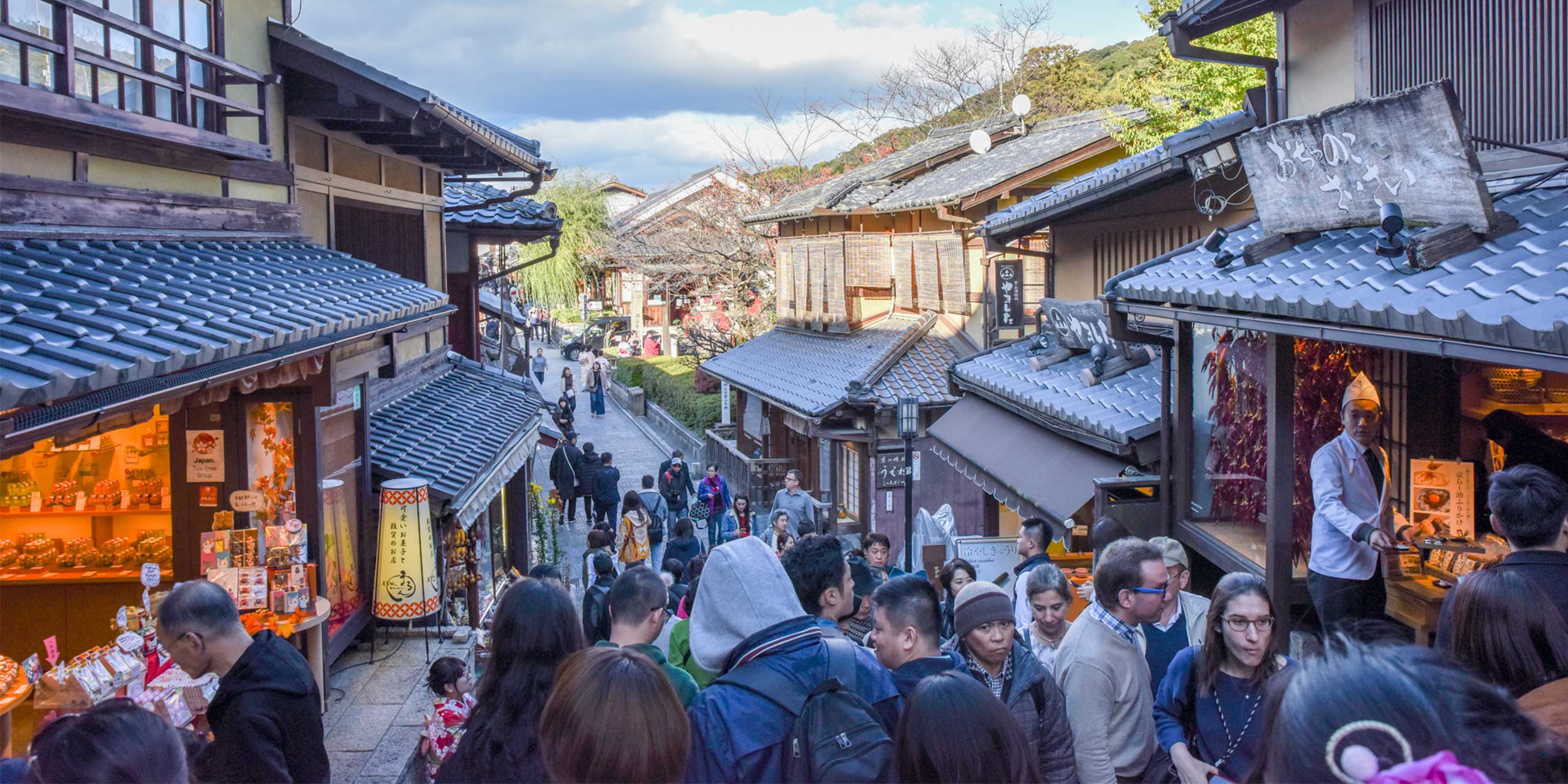 An assortment of edible treats in the window of a Kyoto shop tempts passers-by. Some are sweet and crumbly; others are tart and sticky or dense and savory.

Located opposite one of the top tourist attractions in the former imperial capital—the sprawling Kyoto Gyoen National Garden—the small establishment I’m perusing is called Dough. As I stand outside the shop, hungrily consuming one of its fresh items, I contemplate Mother Nature’s habit of shaping history.

Nearly 500 years ago, the simple fact of a strong wind changed the course of Japanese culinary traditions. Until then, Japanese residents had never seen nor tasted something that was a staple food in many other parts of the world, invented more than 13,000 years previously.

For all that time, the Japanese were unfamiliar with bread. But, in 1543, bread crash-landed in Japan. A boat of Portuguese sailors was pushed off course by a storm, causing it to wreck on Tanegashima, one of the southernmost islands of Japan.

This intervention by nature prompted the first visit to Japan by Europeans, an interaction that had enormous consequences for generations to come. At first, the locals were wary of the Portuguese, who looked, unlike any humans they’d ever seen. They were soon intrigued and won over by the unique and appealing items these strangers possessed.

Washed up alongside the sailors was a shipload of exotic treats like tobacco, eyeglasses, clocks, guns, and bread. This marked the introduction to Japan of firearms which, as explained by London’s esteemed Victoria & Albert Museum, had a profound impact. “Japan’s feuding warlords were quick to recognize the power of this new weapon, and within a decade the guns were being produced in large numbers,” the museum’s website notes in an essay.

Yet, for me at least, it was the impact of the Portuguese loaves that was most interesting. I grew up in Australia, which has strict gun control but is awash with bakeries. Bread, pastry products, and other baked delights run so deep in my bloodline that my father, an overweight gentleman, once angrily ended a phone call with me upon learning I hadn’t visited the Vientiane donut shop he’d recommended.

While that is irrational, it came as no shock to me to learn about how quickly the Japanese took to bread after it made that unannounced island arrival. At first, they merely reproduced the basic loaves of the Portuguese. Gradually, they branched out, creating cakes and pastries, and using the European method of frying foods coated in flour to create tempura. That latter style of batter is now ubiquitous across Japan, used to coat everything from seafood to eggs, meat, tofu, fruit, and vegetables.

The owner of Dough, baker Keisuke Ouchi, welcomed me into his kitchen. There he explained how, since he was a child, he’d been romanced by the very thing he named his business after. While many Japanese kids his age had considered rice as their staple, the be-all, and end-all of comfort foods, Keisuke coveted bread, and cakes.

That would have set him apart in some parts of Japan, but not so much in Kyoto, which he said had long been considered the bread capital of Japan. I read a similar description in multiple news stories and on Japanese history websites regarding Kyoto’s relationship with baked products. Some reported that Kyoto had the highest consumption of bread per capita of any Japanese city.

The Japan Times newspaper noted that Kyoto was famous across the country for its high number and quality of bakeries. Another article, by the Japanese news website Zoom Japan, stated there are nearly 300 bakeries in Kyoto. That’s an enormous amount for a city that isn’t huge: home to less than two million people.

Kyoto become the national hub of baked goods in the decades after bread arrived in Japan. The foreign items introduced by the Portuguese were quickly funneled to Kyoto, which was then the country’s capital, home to its wealthiest and most influential citizens.

Mr. Ouchi confirmed that, of all the cities he’d visited in Japan, none had quite the same passion for baked products. But the entire country is laden with bakeries, a fact I’ve clocked across multiple trips to Japan. I’ve been hawk-like in my observation of these businesses. If my eyes didn’t identify them, my nose surely did.

Mr. Ouchi said the popularity of baked goods was boosted by the ease with which they could be carried or eaten on the move. These made them very appealing to white-collar folk in a country where long work hours are standard, and escaping the office was difficult.

In downtown Kyoto, you never have to stroll far to locate classic baked goods like loaves, baguettes, sourdough, donuts, gateaux, sponge cakes, muffins, and cupcakes. There are also delectable local twists on old favorites. Kuromame black beans are a popular filling in pastries. Or there is mentaiko bread – baguettes smeared with a mixture of mayonnaise and pollock roe (cod eggs).

As you’re savoring such delights on your next trip to Kyoto, perhaps keep Mother Nature in mind. After all, it was her meddling that finally brought bread to Japan.

A Culinary Journey Across Uzbekistan

Tastes of the Lanna Kingdom