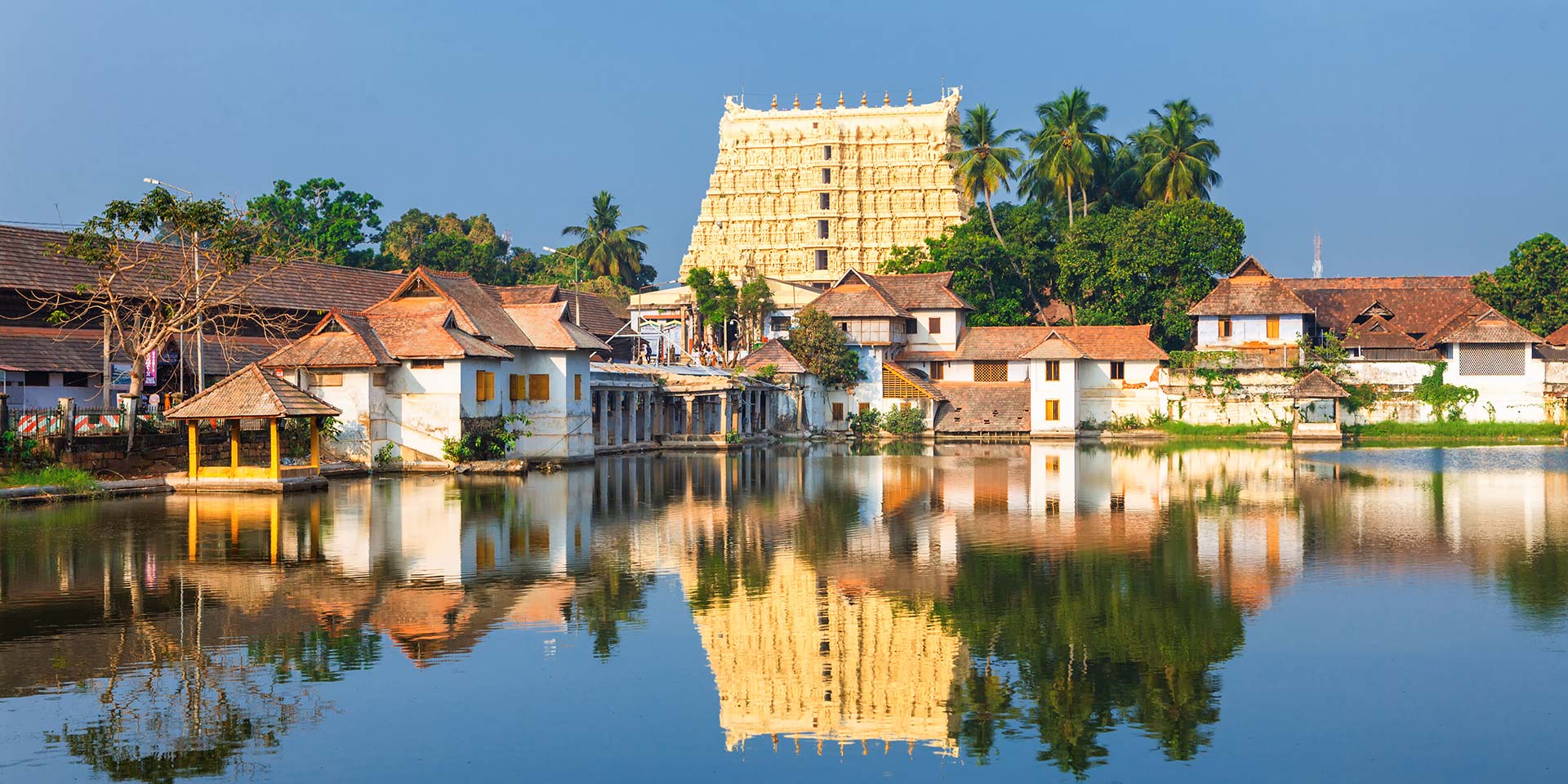 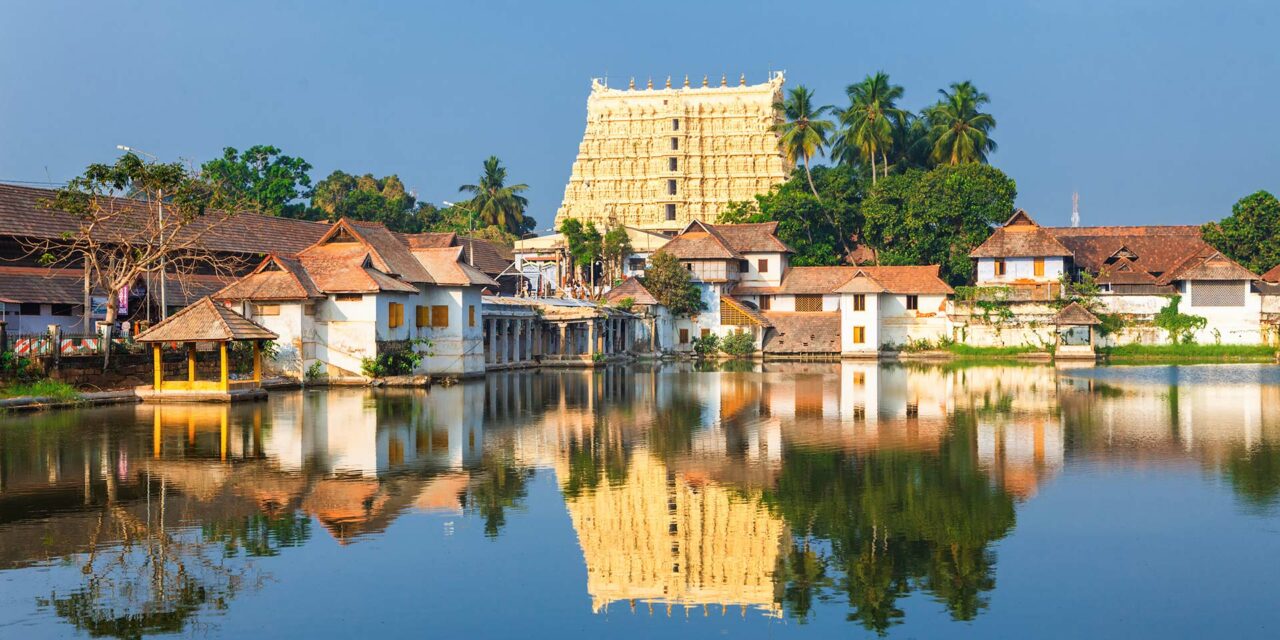 Thiruvananthapuram is the state capital of Kerala, India, that is perhaps best known for its colonial architecture, backwaters, and coastlines. But the region has also grabbed headlines for being home to the famed Sree Padmanabhaswamy Temple – a towering, gilded structure renowned as both the world’s richest temple and one of its most mysterious.

Though official audits throughout the past decade have sparked the freshest wave of interest, the Hindu temple dedicated to Lord Vishnu has long been a subject of fascination in India, and it has now risen to the status of a modern-day trove of buried treasure, secret chambers and passageways, and Hollywood-worthy intrigue.

The temple’s origins date all the way back to early medieval times, and it has historically been a highly revered place of worship for Hindus, known to house a golden sculpture of the principal deity, Sri Padmanabha, reclining on a serpent. Indian officials have been conducting explorations of the temple and its innermost vaults for years, and the results have been nothing short of astounding.

The valuables stored away within began to pile up over the centuries as Indian royals donated treasures to the temple’s deity. The multiple chambers within, which are located at a depth of about 20 feet underground, have been found by the Supreme Court of India to contain more than $20 billion in treasures — billion with a ‘b’. These include idols hewn out of solid gold, gold coins from around the world, and necklaces and costumes studded with rubies, emeralds, and diamonds.

ABOVE: Carvings on Padmanabhaswamy.

The plot thickened, however, when officials delved deeper into the temple’s inner chambers, coming across a seemingly impenetrable “Vault B.” With a tremendous fortune already uncovered in other chambers, a debate began over what to do about this locked vault. India’s Travancore royal family became involved in the turmoil, and opponents of opening the vault argued that it would be disrespectful to the temple’s central deity and could lead to widespread catastrophe for not only the Indian people, but possibly the entire world.

To this day, there are differing accounts on whether the mysterious Vault B has ever really been opened – and some have even speculated that the temple may have actually been plundered over the centuries. Legend has it that marauders in the 17th Century attempted to invade the temple’s vaults, only to end up fleeing for their lives in the face of vicious cobras that seemingly materialized out of thin air. The doors of Vault B are, in fact, adorned with stone-carved images of serpentine guardians.

ABOVE: Ritual dance form, Velakali is performed every year at the eastern entrance of the Padmanabhaswamy temple.

The exact scope of the treasures discovered in the depths of the temple is practically boundless. In addition to the ornate costumes and mounds of gold, striking relics unearthed included a set of solid-gold body armor, a solid-gold idol of Vishnu encrusted with gems that was estimated to have a value of roughly $30 million, and massive diamonds in excess of 100 karats that measured up to the size of a human thumb.

It goes without saying that, since these discoveries, the temple is now protected by metal detectors, security cameras, and a veritable task force of armed guards. Questions of how best to manage the riches – and who should even make such a decision – have also stewed in India’s courts, with fears of greed and corruption coming to the forefront.

Thanks to the controversy over how far to go in uncovering these riches, mixed with a healthy dose of spirituality and legend, the question of just exactly how much modern-day buried treasure resides in the secret chambers beneath the Sree Padmanabhaswamy Temple still remains a mystery. But while travelers of course aren’t allowed direct access to the subterranean vaults – which had to be pumped full of oxygen so officials could gain entry upon initial explorations – they may visit and even take a guided tour of the temple, with the caveat that only Hindus are allowed entry to the interior. This is an important point to note, as foreigners and non-Hindus are welcome to appreciate the architecture from the outside, but the interior is reserved for those of Hindu faith.

For anyone visiting this picturesque part of India’s southwest coast, especially Hindus, a visit to this historic temple should be in bold on the itinerary. The Sree Padmanabhaswamy Temple is one of the few examples in today’s world of a place where the stuff of mythology and legend becomes reality – and there are still secret doors remaining to be unlocked.