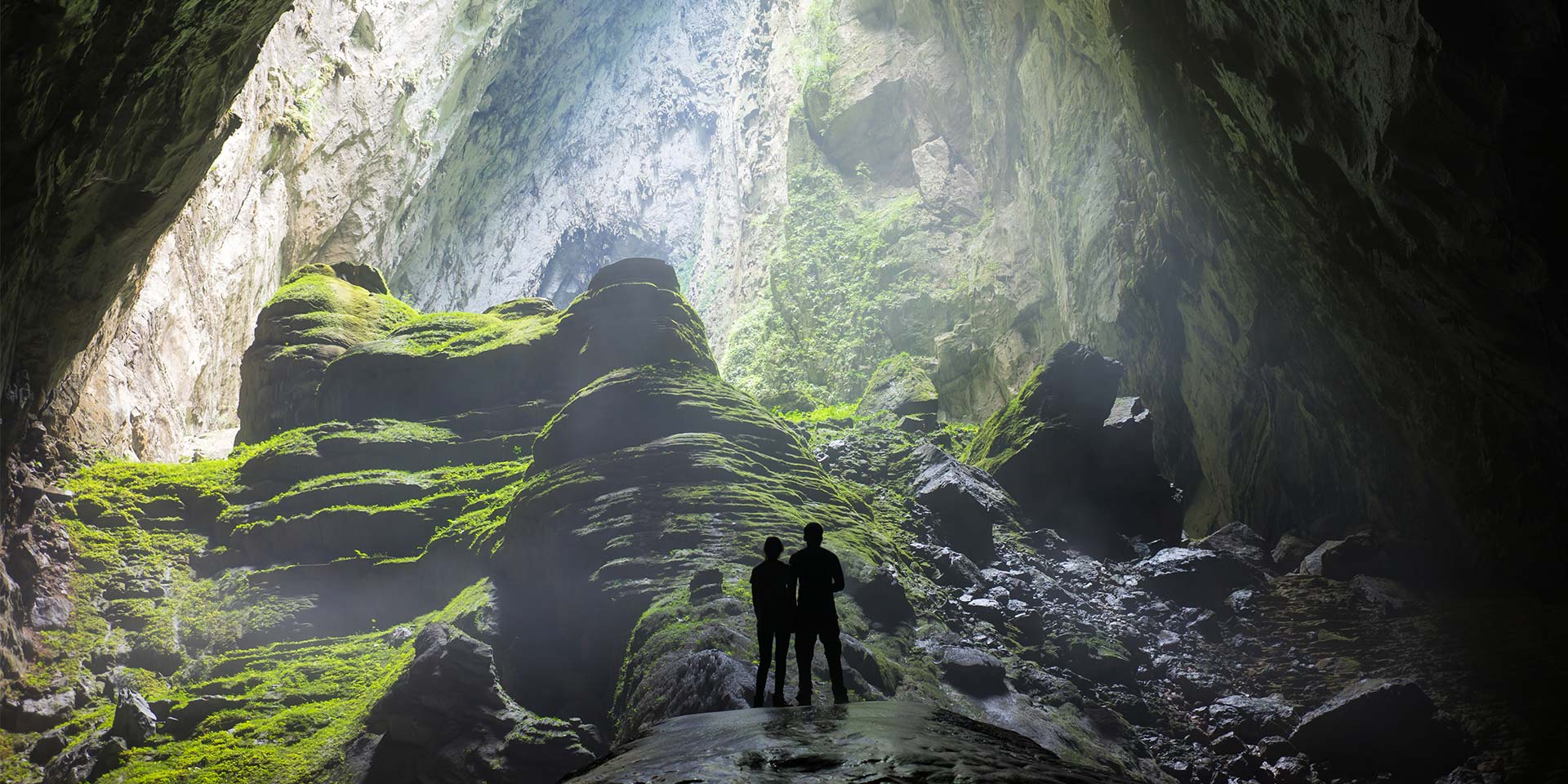 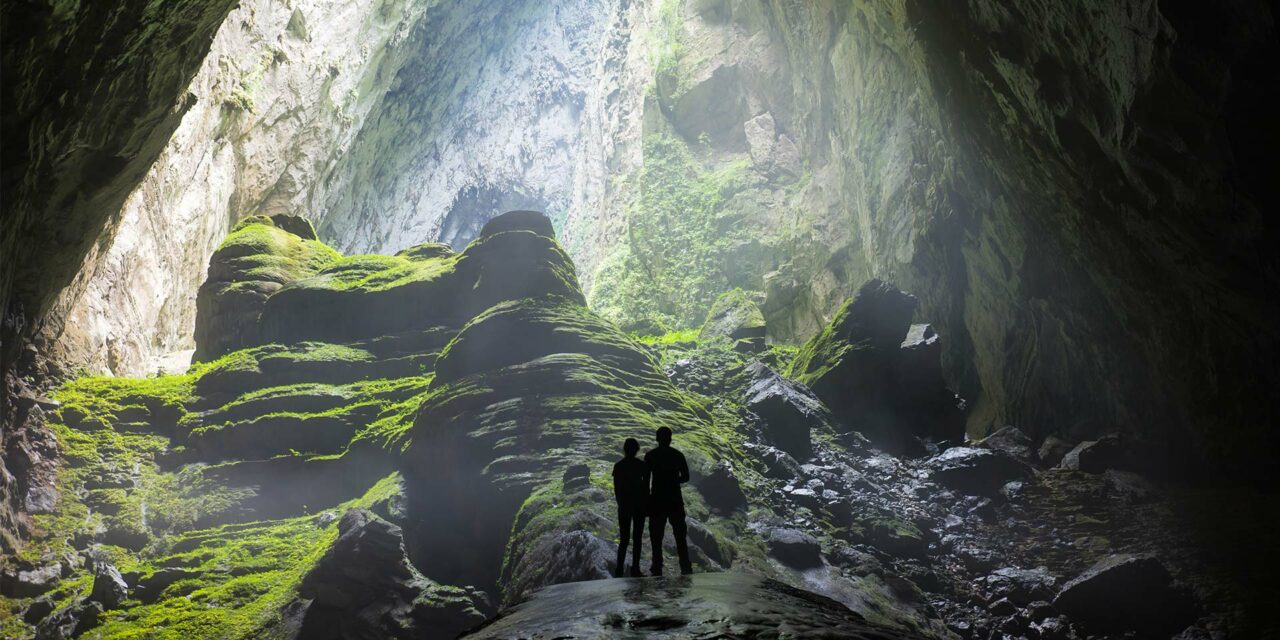 Phong Nha Ke Bang National Park in central Vietnam was once a struggling small town but today it’s a growing tourist destination. It’s all because of one incredible discovery: the Phong Nha Caves – the largest karst caverns in the world hidden in lush jungles and mountains. There are over three hundred caves in the area but exploring them by yourself is not an option. Partly because it’s difficult and dangerous but also because the area also has unexploded ordinance and landmines from the American War in Vietnam. Despite all of that destruction, this remains one of the most beautiful places in all of Southeast Asia – but you have to go underground to find it.

The name Phong Nha means ‘dragon tooth’, so named for the spectacular stalagmites on the roof of the cave’s entrance; many ‘teeth’ have since broken off. It is only a 30 minute boat ride from Phong Nha town. The boat maneuvers the Son River into an underground entrance that snakes inside the cave. The river can take visitors 1.3 kilometers into the 7.7 kilometer cave, where stalactites and stalagmites of various shapes grow all around the cave in grottoes formed by the river dissolving the limestone.

The cave once hid a floating bridge during the Vietnam War, which was used as a means to get across the river. When the US discovered this, they sent planes to bomb the cave. Yellow stains are still visible at the top of the cave entrance from bomb residue. The only ordinance to make it through was a phosphorus bomb, which had landed in the water.

Paradise Cave is known as one of the most beautiful caves in Phong Nha. It is also the longest dry cave in Asia at 31 kilometers long, extending all the way to Laos. The cave was discovered in 2005 by a local hunting in the area and explored by the British Cave Research Association. Now operated by a Vietnamese company, the cave opened in 2009 welcoming visitors to admire its beauty on a 1.5-kilometer wooden walkway.

The size and shape of the stalactites and stalagmites combined with the uneven cave walls form an otherworldly scene, illuminated by strategic lighting. Along the journey, the guide points out depressions that marking the beginnings of a stalactite formations, hollow columns, as well as scorpions and crickets. The highlight, however, is the doline at the end of the seven kilometers, a circular collapsed roof top that lets in the sunlight.

Son Doong Cave was first spotted by a local in 1991 who was hunting and logging the area. He helped relocate and explore it in 2009 with the British Cave Research Association, discovering that it is the largest cave in the world at 38.5 million cubic meters in capacity. Beyond its sheer size, the cave is also home to stunning geological wonders such as the 80-meter tall calcite wall known as the Great Wall of Vietnam. Cave pearls, 60-meter tall stalagmites, and two dolines are among the other highlights. It is estimated to be three million years old, carved out by the Rao Thuong River along a fault line.

For those who want to see the cave for themselves, a four-day trek is required and only 1,000 people are allowed in each year. The expedition involves walking, climbing, bouldering, and the added bonus of visiting the Hang En Cave, the third largest cave.

Aside from the big names mentioned above, there are many lesser known caves in Phong Nha that are beautiful in their own right, and Tra Ang Cave is one of them. A newly opened cave in 2016, Tra Ang is a wet cave that is explored by swimming. The river that fills up the cave runs all the way from Son Doong Cave, giving the water a cool temperature even in the middle of summer. The jagged cave top and the curve of the river inside gives the entrance an eerie, ethereal vibe reminiscent of a sci-fi or fantasy movie.

To get up to the cave mouth requires climbing over some slippery limestone, and from there, it’s easy to swim the first 300 meters into the cave; however, it is done in increasing darkness as your head torch becomes the only light source. At the end is the river from Son Doong Cave with a narrow entrance, rushing into the cave with a strong current.