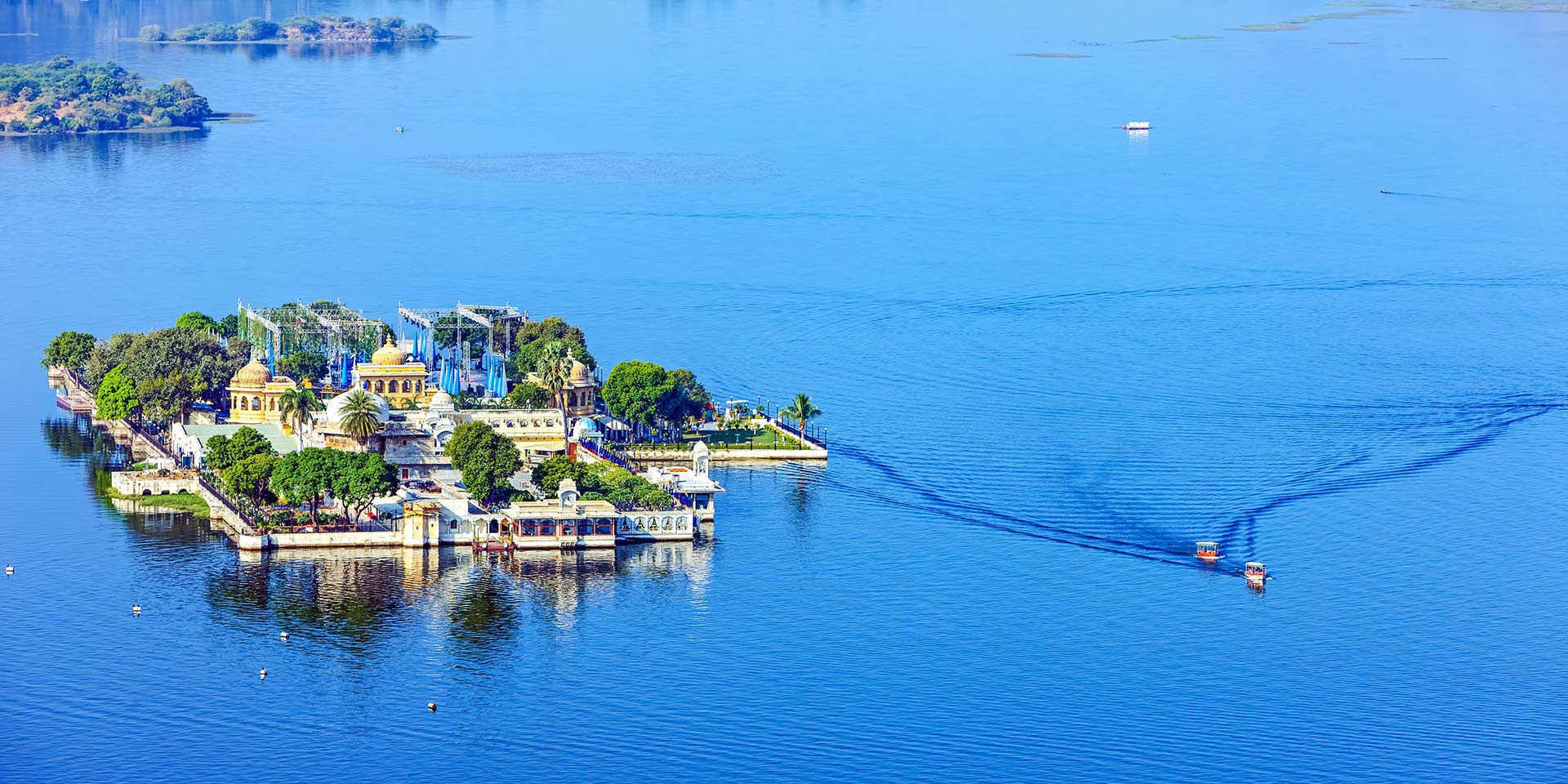 “It is with immense pride that we announce the arrival of the Raffles brand in India, a hallmark of luxury and sublime service in a country that is famous for delivering luxury at the highest level,” said Accor chairman & CEO Sébastien Bazin on the announcement of two new Raffles properties in Rajasthan, India. “We look forward to providing an oasis of calm and charm in two of the most incredible destinations in India.”

The Raffles Jaipur, slated for 2020, is being built in Kukas north of the city, about a half an hour’s drive from the Pink City. The Raffles Udaipur’s 101 rooms will be found on a 21-acre private island in the middle of Udai Sagar Lake, and is expected to open by mid-2020.

ABOVE: The Fairmont Jaipur, a recent luxury addition in Kukas, the site of the new Raffles in 2022.

“Today’s signing of the Raffles Jaipur and Raffles Udaipur marks a historic moment for Accor in India and certainly for tourism in India,” said Jean-Michel Cassé, chief operating officer for India and South Asia at Accor. “We are seeing increasing demand for luxury travel in India and are looking forward to expanding Accor’s globally renowned portfolio of luxury brands in this incredible country. The addition of the iconic Raffles brand signals a new era for our group.”

The famed “Pink City” of Jaipur is a world-famous Rajasthan hub of 3.5 million people with three forts of note and the Jal Mahal palace, a regular on the Rajasthan tour circuit. Udaipur is by far the more marginal of the two cities, but boasts impressive hotels with the Taj Lake Palace and the Oberoi Udaivilas of particular note.

ABOVE: The Taj Lake Palace in Udaipur; the coming Raffles from Accor in Udaipur will be on Udai Sagar Lake east of the city.

Much like the Taj Lake Palace on Lake Pichola, the Raffles Udaipur will be its own island on Udai Sagar Lake, found to the east of Udaipur. The Udaipur region is known for its picturesque lakes, including Fatehsagar, Jaisamand, and the much less visited Badi. According to Raffles, the resort will include Raffles’ signatures such as an 1,100 square meter Raffles Spa, Long Bar, and Writers Bar along with a rooftop restaurant and an all-day dining restaurant, a swimming pool, and deck.

Long a stop on the tourist trail, Jaipur forms part of India’s “Golden Triangle” of tourism, which includes New Delhi, Agra for the Taj Mahal, and Jaipur. Notable for its forts – namely Nahargarh, Amber, and Jaigarh – Udaipur is often an addendum to journeys to Jaipur.

The property for Jaipur will be adjacent the Fairmont in Jaipur; a Fairmont, a brand from the France-based Accor, will also be opening later this year near the Mumbai airport. Joining the spate of luxury hotel openings in India for the near future, only recently Ritz-Carlton announced that it too would be aiming for an opening in Mumbai and Pune in 2020.

“Bringing the Raffles brand, which is synonymous with excellence, taste, and luxury, to India is a perfect fit for our vision to lead both Udaipur and Jaipur,” said Rantankant Sharma, partner in the venture and the person who opened the first Fairmont in India. “These two hotels will be the jewel in the crown of our landmark developments and centrepiece in these vibrant, rich and magnificent cities.”