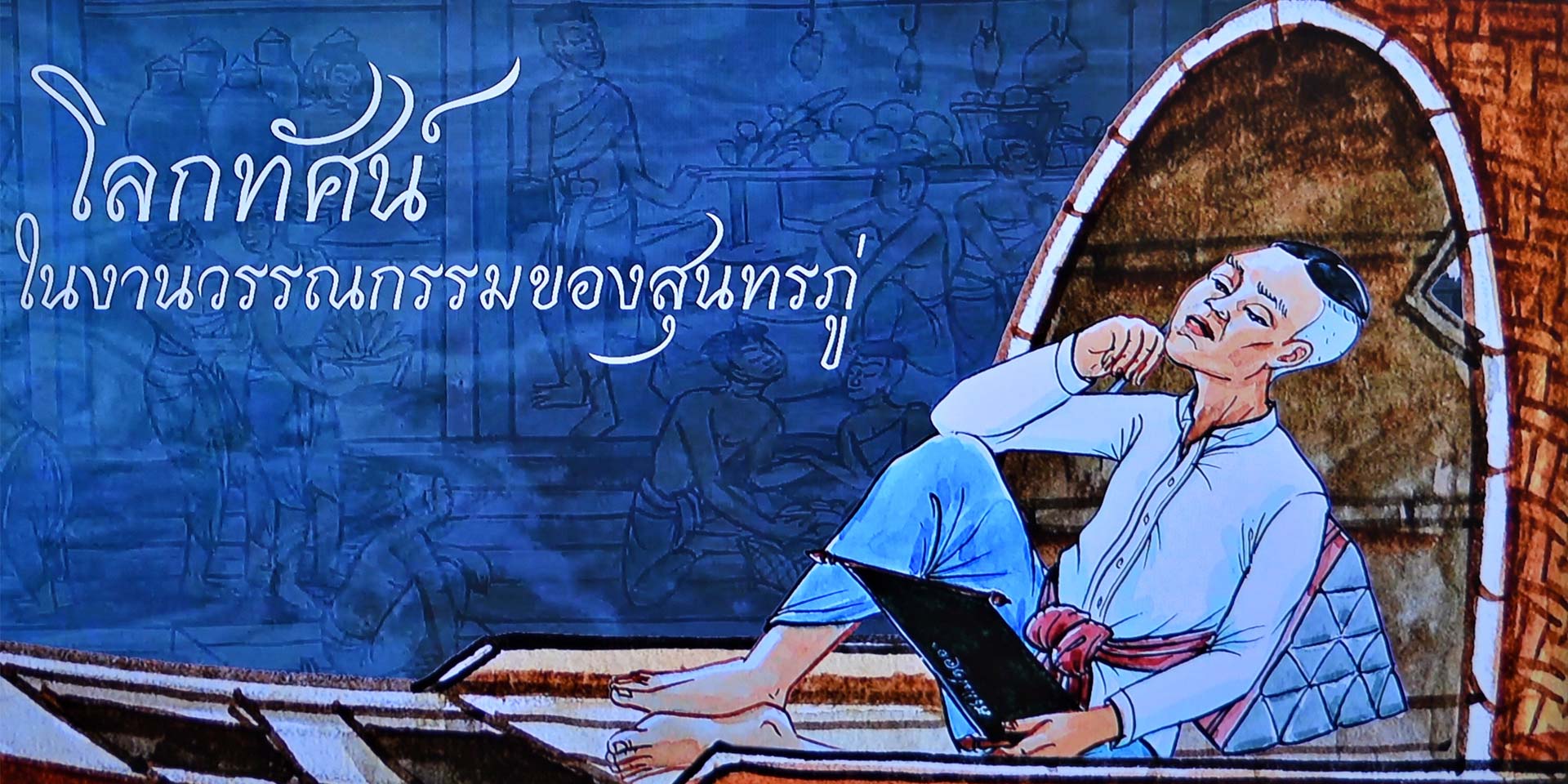 The two monks seem delighted to see me. Grins spread across their faces as they stand up to enthusiastically wave me in through the gate of an old, whitewashed building. With haste they lead me into a small hall where we sit together on traditional Thai bamboo mats. A bowl of rambutan fruit is placed before me and both monks smile and nod when I begin eating. This is quite a welcome. The taller of the monks has a good grasp of English and is clearly keen to make use of it. “I don’t get to speak English very much,” he tells me as I enjoy the rambutan. “We don’t get many Western tourists here”.

I can understand why. This tiny museum managed by the monks is barely signposted. Only my faith in Google Maps and the help of my interpreter allowed me to finally locate it after ten minutes of aimless wandering. Not only is the museum unobtrusive, hidden away behind Wat Thepthidaram temple, but it is overshadowed by the many popular tourist attractions which surround it here in Rattanakosin, the most historic part of Bangkok.

ABOVE: Work at the museum of Sunthon Phu.

The monks live in this temple. “He did too,” the chatty one tells me. The “he” being referred to is the reason I’m here and also the reason that they’re here. We are inside the museum of Sunthon Phu, the renowned royal poet known as Thailand’s Shakespeare.

The most famous poet in his nation’s history, this wordsmith produced a host of epic works before dying in 1855 at the age of 69. He is revered in Thailand, which celebrates Sunthon Phu Day each year on June 26, and has also received strong international recognition, having been declared a World Poet by UNESCO. What makes Sunthon Phu’s story even more remarkable is the vein of controversy which runs through it. His life was fractured by adultery, violence, alcoholism, imprisonment and homelessness. That’s a lot to unpack. So let’s start at the beginning.

Sunthon Phu was born in 1786 to a family of modest means in Thonburi, in the east of Bangkok, which had just become the new capital of Thailand after Ayutthaya was invaded by the Burmese. It wasn’t until he entered his 20s that Sunthon Phu began to commit a lot of time to his poetry. His early work explored ideas of enlightenment, absolution, death and the joys of travel. Particularly when writing about his journeys in Thailand, Sunthon Phu added many revealing elements about his own life, beliefs and personality. The variety and depth of themes he mined in his works immediately made him unique among Thai poets.

Just as he was beginning to discover the level of mastery over words he possessed, Sunthon Phu encountered his first major turmoil as an adult. While working as a clerk at the Royal Palace he became involved in an illicit romance with a woman named Chan who was connected to the Palace. When this affair was uncovered both of them were imprisoned. This period of incarceration, and his love for Chan, inspired his first great work Nirat Muang Klaeng. Still considered a classic Thai poem, this piece detailed the journey he made after being released from prison to visit his father in Rayong Province. The poem also contained many lines in which he lyrically professed his affection for Chan.

When he returned to Bangkok Sunthon Phu followed through on the sentiments of that poem and married Chan. But their relationship did not last long due to the poet’s alcoholism and infidelity. Chan became the first of many ladies to float in and out of Sunthon Phu’s life. Around this same time Thailand’s King Rama II ascended to the throne. The poet’s work found its way to the King, who was impressed, and by 1820 the palace had awarded him a prized position as the consultant poet of the Royal Court.

Sunthon Phu’s rise was not steady though. The following year he was imprisoned due to his involvement in a brawl. While in prison he began writing what is widely considered his magnum opus, the Phra Abhai Mani. A colossal poem more than 30,000 lines long, it is one of the most significant pieces of writing in Thai history, a tale of romance centred around two princes. It has since been adapted into books, stage plays and films.

Sunthon Phu took many years to complete this massive poem, finally finishing it during what was the most fruitful time of his life in his 40s and 50s. For more than 20 years during this period he was an esteemed royal poet, often called upon to contribute to works commissioned by the ruling King Rama III. Sunthon Phu would go on to pen poems about not just deep emotions and his personal experiences, but also weighty topics like finance and politics.

Having created a huge number of classic poems, Sunthon Phu spent most of his later years living quietly as a monk in Wat Thepthidaram, right where the museum dedicated to him is located. This whole story was relayed to me with zeal by the lanky, English-speaking monk. “He is gone but his work still lives,” the monk tells me, gesturing to passages of Sunthon Phu’s poems displayed on the walls of the museum. As I leave the museum he asks me to tell more tourists about this place. “He deserves it,” the monk says, in reference to the great man I now understand so much better.