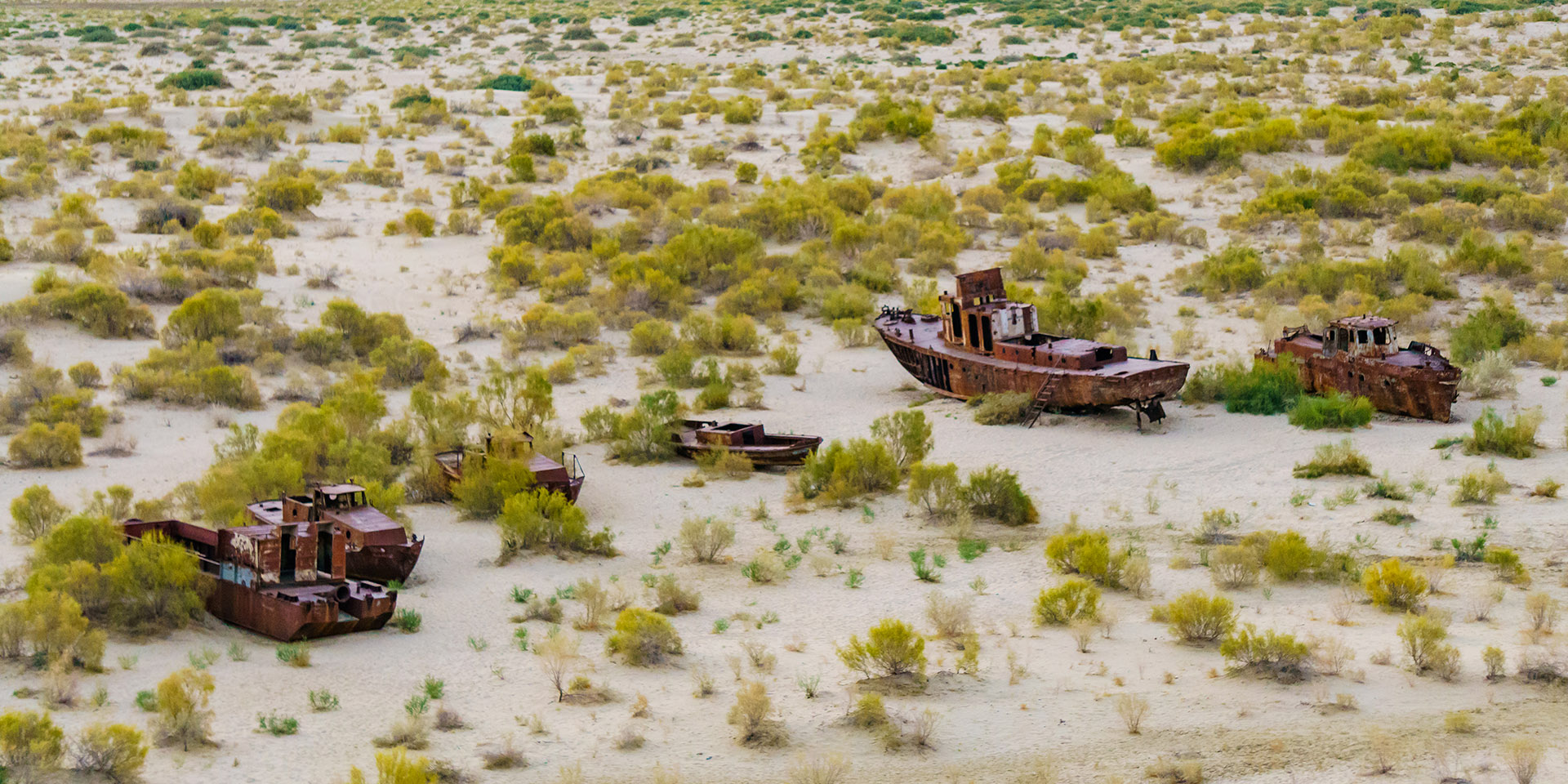 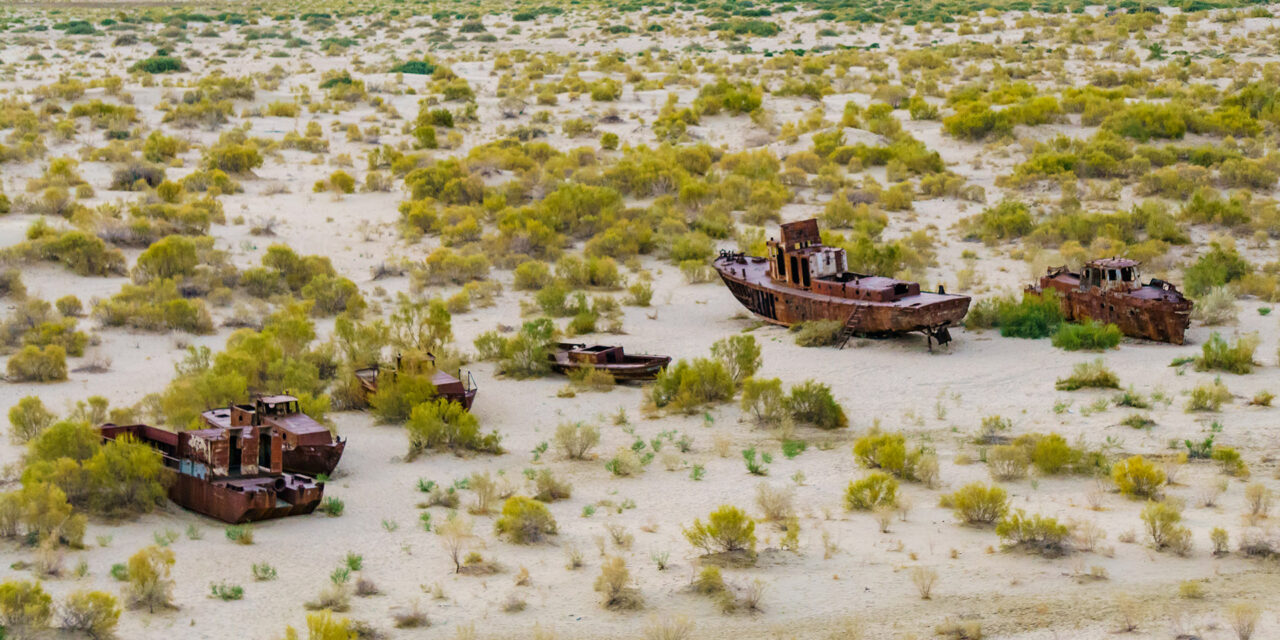 The brutal sun beat down as the dust and the sand swirled through the air. I looked out over an arid desert from a rock strewn cliff top. Ahead was a harsh Uzbekistan landscape where far into the distance stretched nothing but sand and coarse dry scrub for mile after mile. Below, glinting in the sunlight and sinking into the sands, were the last rusting of ships of the Aral Sea.

The town of Moynaq, once a bustling fishing port on the edge of the water, fast became abandoned when the waters of the Aral Sea disappeared.

The Remote Land of Karakalpakstan

It’s a rocky, potholed road that leads to Moynaq; I rode there in a antique Soviet era Lada. Its old chassis was as rusty as the ships I was traveling to find and photograph. I bounced around inside as the monotonous landscape of rock and dust passed by outside.

Two older ladies making their way home were grinning at me from the back seats while they held tightly onto their small goat and Azamat, the driver was struggling to keep control of his battered vehicle on the dirt roads.

In Karakalpakstan, a remote western province of Uzbekistan, and after arriving in the country early in the morning after a 24-hour train journey from Kazakhstan, I made my way to the former edge of the Aral Sea, Moynaq.

ABOVE: Dry wastes of Moynaq.

The Aral Sea was once the largest inland sea in the world covering huge areas of land between Uzbekistan and Kazakhstan.

Since the 1960’s though the sea has steadily declined and today amounts to under 10 percent of its former area. A large part of this drastic recession is due to Soviet agricultural projects which diverted water to cotton fields in far off parts of Soviet Central Asia, dooming the Aral Sea and the people who lived around the water to a bleak fate in an expanding desert.

As the goat bleated on the back seat, the Lada bumped unceremoniously past a large, dilapidated Soviet-style sign announcing that we were entering Moynaq. Beneath the word Moynaq was a fish, but I knew already that the Aral Sea was hundreds of kilometers away.

ABOVE: Rusted ships peeking through scrub and sailing on the desert.

The streets of Moynaq were ghostly empty. The old ladies and the goat were dropped off down a small side street and Azamat the driver turned to me and began speaking in Russian. He was asking me where I wanted to go. Disoriented, I didn’t really know. Eventually, I conveyed my desire to see the graveyard of ships to Azamat, and he drove me past the ramshackle houses and further out into the desert.

Azamat stopped the Lada at a large, concrete monument that pointed out into the wasteland that lay ahead. This was a cliff top, and from the rough information available at the site I established that in the 1960’s this was the shoreline of the Aral Sea.

At the base of the cliffs, in the sand and beaten by the strong sun and powerful winds, were the last, rusting ships of the Aral Sea.

Moynaq was a busy fishing port when the Aral Sea still reached the piers. It was landlocked Uzbekistan’s only large fishing port, and the shrinking Aral Sea ended that industry.

The last few ships that were neither salvaged nor scuttled sat as the water ran dry and the desert encroached. They now line the sand in the shadow of the Aral Sea Memorial, a moving tribute to the disaster that befell Moynaq but a strangely haunting tribute too.

ABOVE: Monument to the Aral Sea disaster.

There were no hotels or even homestays that I could stay at in Moynaq and Azamat dropped me off at the local bus station to try and find some transport out of the town and to the city of Nukus further east.

ABOVE: Ships of the abandoned Aral Sea from above.

Moynaq was once prosperous, and the population much larger than it is today. Now businesses, hotels, and houses stand abandoned. The fish cannery closed long ago. Attempts to converse with the few locals were met with questions about why I was there with my camera, intruding on what was left of their lives. Leaving, I found myself asking the same questions about the land of the desert sea and the ships that sail upon it.