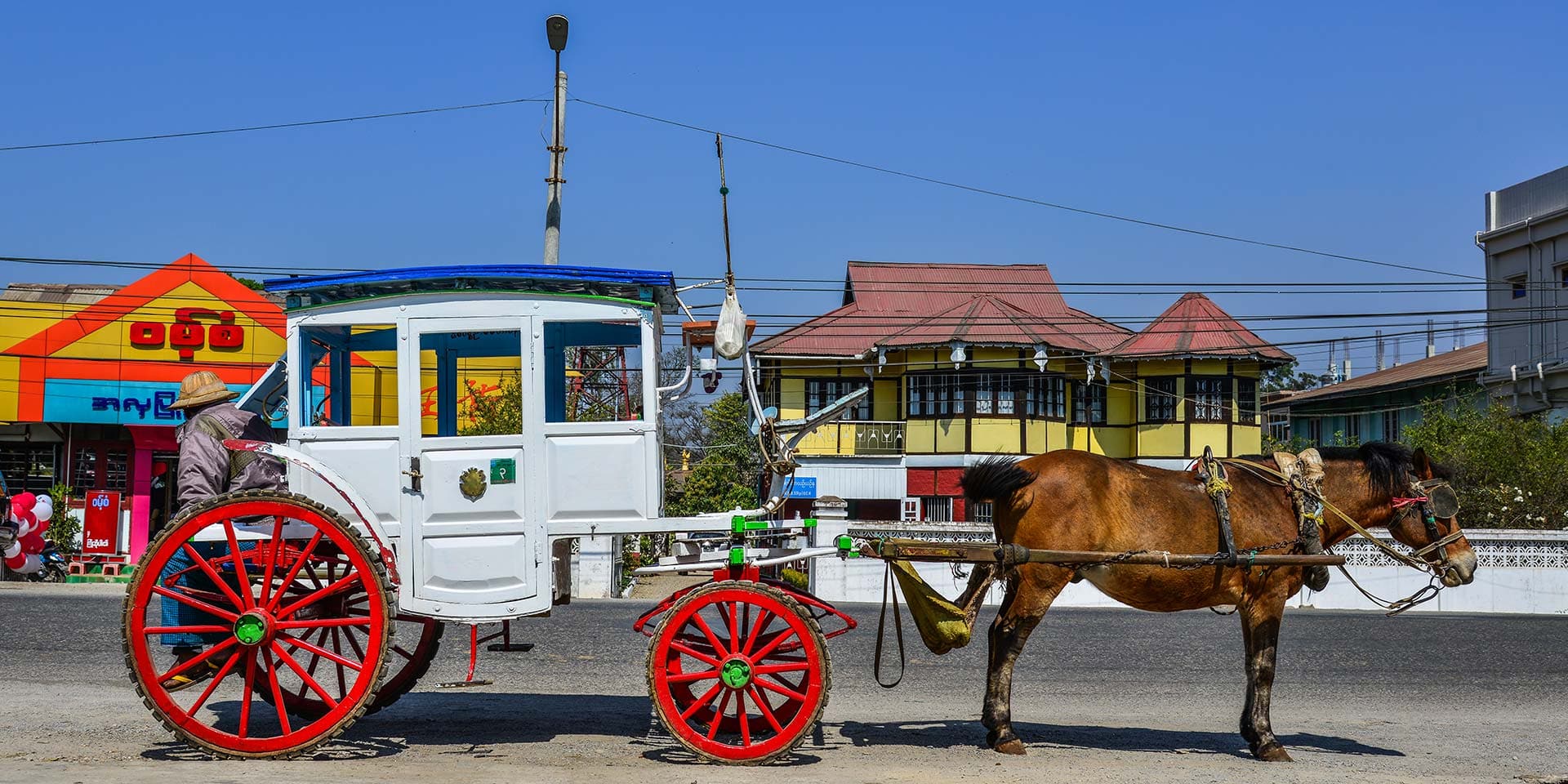 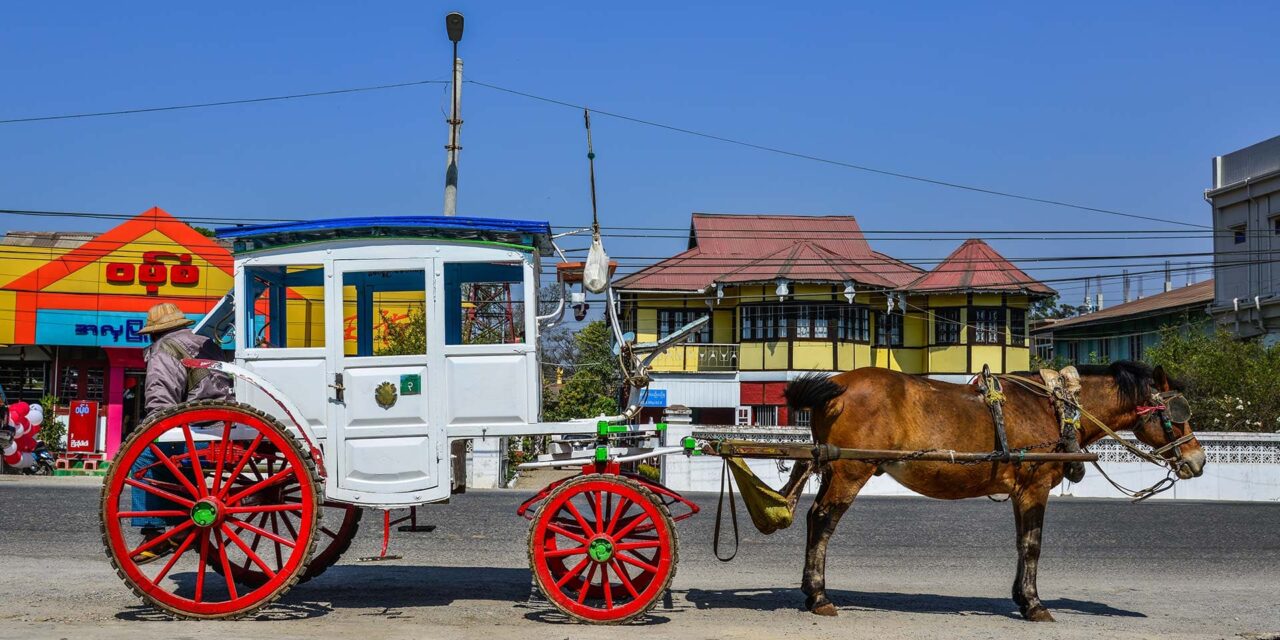 The laureate of the British Empire Rudyard Kipling played a key role in cultivating Mandalay’s reputation as an Eastern nirvana: “For the wind is in the palm-trees, and the temple-bells they say: ‘Come you back, you British soldier; come you back to Mandalay!’”

Kipling famously only ever visited Yangon (Rangoon) but like any wordsmith he understood more enticing lyrics rhyme with “lay” than “goon”. Perhaps he knew too that while Rangoon’s foundations are British, Mandalay is an ostensibly Burmese place. Today the Mandalay Palace that dominates the heart of the city is largely the remit of the military and, bar a cluster of pagodas and monasteries around Mandalay Hill, there’s little sense of Shangri-La.

Only in the boroughs, whether hiking amongst the captivating ruins of Inwa or the stupas overlooking the mighty Irrawaddy in Sagaing, is a more Kipling-esque scene evoked. Indeed, between the grid-plan city and the sleepy villages, the only real hint that this was ever part of Pax Britannica is the railway snaking its way into a city.

The British began the railway in 1866 in lower Burma and after the third Anglo-Burmese war extended it into Mandalay in 1889. As the nineteenth century gave way to the twentieth, the iron road inched its way northeast aimed at connecting Mandalay with Lashio in Shan State.

Mandalay Railway Station is a modern creation crowned with the Hotel Marvel, though the station below is less of a “marvel”, ill-lit and imbued with the conflicting smells of Myanmar – incense, tea, diesel and dogs. The station floor is where those who can’t afford a suite in the Marvel sleep, curled upon on mats, their bundled possessions creating makeshift pillows.

Burmese trains may be slow – and hot when immobile – but they are punctual and at exactly 4am we lurch our way forth. In a carriage where the windows are essentially glassless holes, a consortium of insects soon join us for the trip, attracted no doubt, by the ceiling lights, while my slumber is intermittently disturbed by the occasional slap from a tree branch intruding into the carriage.

Eventually, it’s the temperature, rather than the morning light, that wakes me. The train is climbing a steep gradient; shedding degrees with each kilometer until we intrude our way onto a flower-festooned plateau that is the antithesis of Myanmar’s parched and dusty center.

ABOVE: On the train at Mandalay Railway Station.

I’m lucky to be seated behind Dutch naturalist Dave Clemens, who begins to name the crops. “Those are strawberries, those are carrots and that’s wheat,” he says of a harvest that could be European, although the plump mangos dangling from trees and bamboo fronds suggest we’re still in the tropics.

I alight at the largest town in this highland garden, Pyin Oo Lwin, or Maymo as it was known when George Orwell walked its streets as a police officer, an obscure place until, according to my guidebook Myanmar: Burma in Style, the British came along: “In 1886, following the exile from Mandalay of King Theebaw and the subsequent British takeover, Maymyo became an army base. Colonel May (hence Maymo) of the Bengal Infantry led operations to quell rebel fighting in Shan States from here. These campaigns took place over a ten-year period, long enough for the climatic advantages of Maymyo to become apparent to the British, and it grew into a popular hill station.”

Officially we remain in Mandalay Division but geographically we’re already 1,000 meters above sea level in the Shan Highlands and as I step beyond the rickety station the cool air informs a different world from the city I left four hours ago.

Made in England in 1934 to commemorate the Silver Jubilee of the reign of King George V, centrally located Purcell Tower offers a good point of orientation. Surrounding the clock tower like points on a compass are the diverse hallmarks of the people that made Empire, including Shiva and Krishna temples, a Cantonese assembly hall and Chinese Buddhist temple. The woman who sells me a sweater (the town is famed for woollen ware) in Maymo Central Market claims Nepali heritage.

ABOVE: Purcell Tower and horse carriage in Pyin Oo Lwin.

Near the market I meet Camaron Kyawldin, a Muslim of mixed Indian-Burmese stock who was schooled by nuns in Mandalay and speaks near-perfect English. He runs a curio shop but agrees to show me around on his motorbike.

English-style country manors are scattered throughout Pyin Oo Lwin invoking a sense that I’ve somehow tumbled down a wormhole connecting to the Home Counties. Many of these gorgeous abodes are, alas, inhabited by elite families and are closed to the public. All Kyawldin can offer me is a photograph from the garden gate.

ABOVE: The Governor’s Manor.

We can, however, stalk the grounds of the Governor’s Manor, a refurbished stately home that has been converted into a luxury hotel-cum-museum chronicling the British-era with portraits and waxwork models of ex-colonial governors. It seems strange for a country long at odds with its colonial legacy, but perhaps enough time has passed that the Burmese can now look back on the period as just one epoch in many throughout its convoluted history.

South of town, flanked by resorts that are popular with Mandalay’s weekend set, is National Kandawgyi Park, an enormous botanical garden that is also rooted in the colonial-era having been laid when Sir Harcourt Butler was governor in 1915.

The gardens are said to be modelled on the Royal Botanic Gardens and there are certainly some quintessentially British qualities to the place: swans on the lake, large lawn areas ripe for picnicking, gorgeous flower patches watered by Burmese ladies wearing bamboo hats, their faces covered in thanaka to protect them from the sun. Yet while the scene is familiar, I must concede that botanists returning from East Asia introduced many of the plant species cherished in the UK to this day, a reminder that Empire was never a one-way street.

Outside the gardens a man chewing betel nut asks, “Horse and cart sir?” This is a popular way to experience a town half-frozen in colonial time and I must admit a gentle clipity-clap tour is tempting.

“I have a ride,” I say, gesturing to Kyawldin who is waiting with the motorbike.

I close the day with a fine and familiar meal at the Taj, an Indian restaurant overlooking the Kandawalay Lake. Like Burmese flowers, Indian cuisine colonized Britain a long time ago.

As the sun turns into an orange orb on the horizon and I nurse a Kingfisher beer I imagine what Kipling would make Pyin Oo Lwin. There are no elephants, rice fields or banjo-playing girls here. Perhaps the trappings of small-town England would disappoint a poet bent on conjuring an Eastern mirage. But as his masterwork Kim expresses, Kipling new the realm of the Raj was a dazzling jigsaw of inter-locking cultures. When the sun finally set on the Empire the British left, often quietly in the night but they were bound to leave a piece of themselves behind.