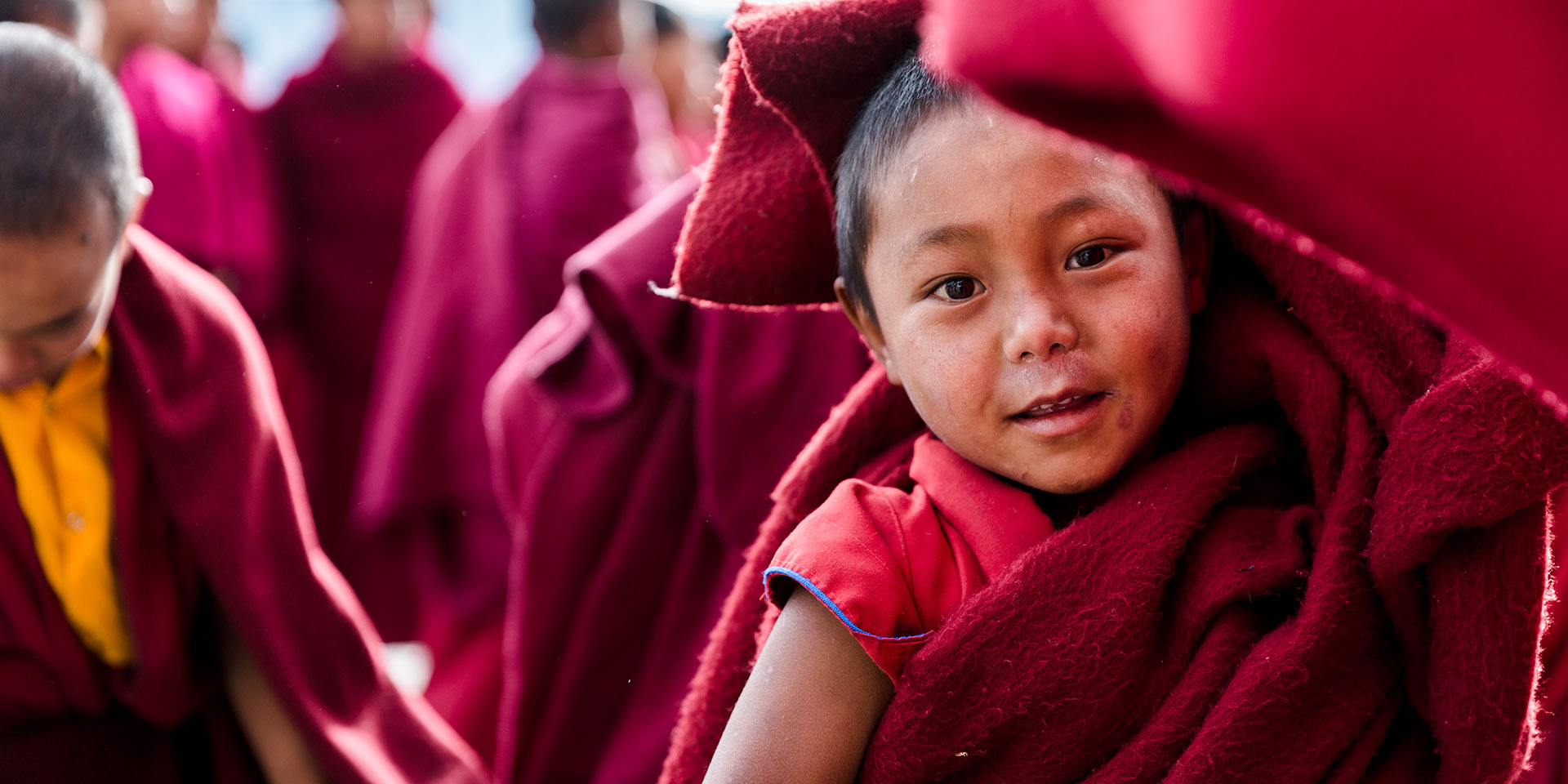 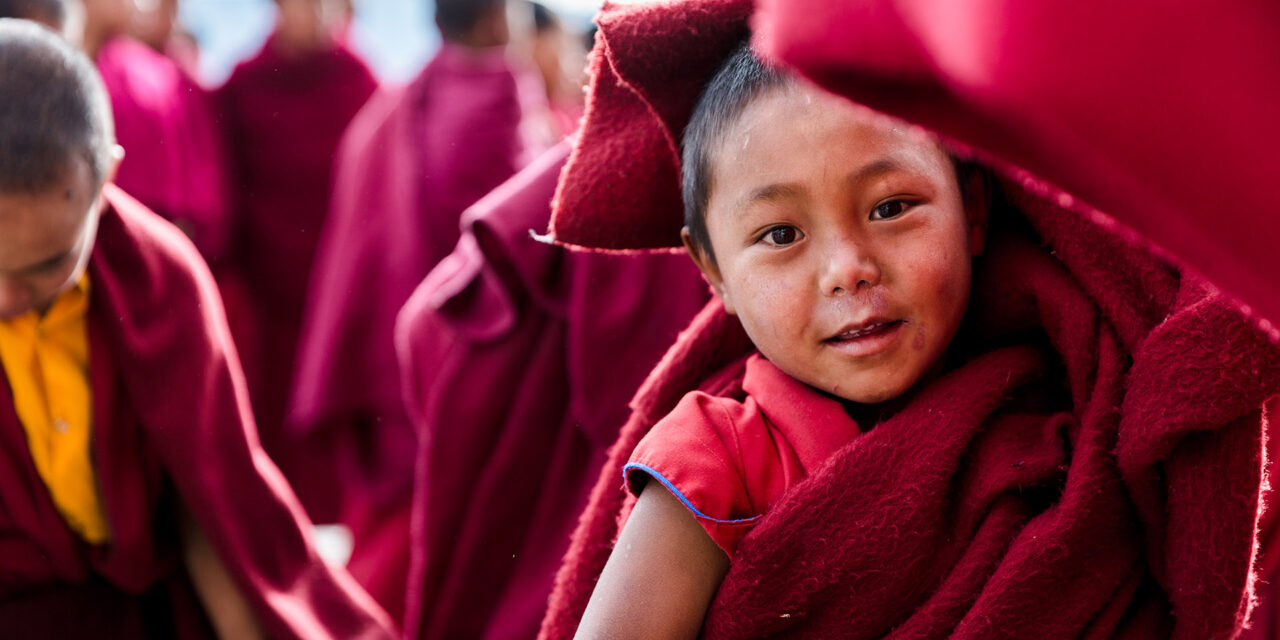 Some 1,000 kilometers from the famed Taj Mahal and the cities of Rajasthan and bustle of Delhi, exists an Indian state few know well. Arunachal Pradesh is home to some of India’s highest mountains, a huge range of tribal cultures, and a variety of religious practices. You’ll find few saris, Ganesh statues, or chapatis here, but instead a different kind of India. Nestled in a corner of Arunachal is Tawang. Not only does it take two days to drive here from Gauhati, the nearest airport, but in order to reach Tawang, you have to cross the Sela Pass at 4,170 meters, one of the highest roads in the world.

Tawang is a place which could be one of India’s premier attractions, but because of its location, it remains the country’s best-kept secret. For those who do make the journey, one of the world’s largest Buddhist monasteries, a unique tribal culture, and breathtaking nature are waiting.

Gangotri Glacier: The Feeder of the Ganges

The magnificent Tawang Monastery is hard to miss when you’re in Tawang. Its white exterior perches grandly on the mountainside above the town, surrounded by forested green hills and backed by the towering Himalayas. After Lhasa’s Potala Palace, it is the largest Buddhist monastery in the world and was founded in 1680. When the Dalai Lama left Tibet in 1959, one of his first stops was the Tawang Monastery – and he continues to cross the mountain passes to visit the monastery to this day.

Found at around 3,000 meters above sea level, the view from the monastery is – quite literally – breathtaking. At sunrise, light floods the valley floor and it’s not hard to grasp why the translation of Arunachal Pradesh is Land of Dawn Lit Mountains.

ABOVE: Sunrise over the Tawang Valley, taken from the monastery.

While the white painted corridors and the elaborate Gompa of the monastery are certainly beautiful, it is the daily life of the monasteries 300 monks which are the real highlight of a visit here. If you can set your alarm early enough, morning prayers take place at 5:30am every day. Red robes flood into the Gompa and young monks sit in lines beneath the towering golden Buddha which dominates the room. The hour-long practice consists of reciting prayers, and the sounds of the gongs and Tibetan horns leak into the dramatic landscapes all around.

The practice is followed by breakfast, classes, and then debating on the terrace – a fascinating sight to see. The monks here are very welcoming to the few foreigners who visit, and many will enjoy a short chat with you in order to practice their English.

See the Monastery from the Big Buddha

ABOVE: Tawang Monastery from the Big Buddha.

From most areas of the Tawang Valley, the white facade of the grand monastery is hard to miss, but to get the best view head to the 18-foot Buddha statue which sits just outside of the town. In the morning, you’ll find locals practicing prostrations around the statue and the monastery itself baked in golden morning light.

Sela Pass on the Way to Tawang

You can’t miss the Sela Pass if you are heading to Tawang, as it’s necessary to cross the pass to access the valley. While you could drive straight through the area, it’s worth stopping and taking in the surroundings (and breathing in that thin air) when you reach the top. At 4,170 meters, the Sela Pass is one of the world’s highest motorable roads. At the highest point of the pass, there is an ice-lake surrounded by mountains, a large painted gate, and a number of small tea shops selling the sweetest chai in India.

As you approach the pass, you’ll feel yourself going further and further into the clouds, surrounded by stunning views and snowcapped peaks. If you have extra time on the way up, overnight stops in the small towns of Bomdila and Dirang are worth it to see more of the Monpa tribes and monasteries of this area of Arunachal Pradesh.

Spend a day with the Monpa tribe

ABOVE: Monpa women in Tawang.

Monpa people occupy parts of Tibet and Bhutan, but the majority of them – around 60,000 – live in Arunachal Pradesh and many in the Tawang Valley. A trip to Tawang is the perfect opportunity to get closer to the culture and experience some of their unique foods, rituals, and customs through a homestay visit.

Kitpi Village, a Monpa settlement in the Tawang Valley is home to around 300 Monpa people. It welcomes visitors with prior notice, and the friendly village residents will offer tourists to the area local meals and performances. The village is surrounded by stunning scenery: rolling hills, farmland, and Himalayan mountains.

On arrival, we were greeted by a group of local women in vibrant pink dress, the traditional costume of the Monpa tribe. In their hair, they wear black braids and their faces are characteristically Tibetan, as you will find with most of the residents of this area of Arunachal Pradesh.

ABOVE: Kitchen in Monpa homestay.

A feast of homemade paneer curry, millet, momos, and daal is served alongside cups of Arra, a local alcoholic wine made from millet and butter.

After dinner, the men of the village prepared elaborate masks and performed a traditional dance for us, while the women sang local songs in circles and encouraged us to get involved in the dance. If you want to experience more of Monpa culture, it is also possible to stay overnight in local villages. Hiring a local guide to help you connect with the Monpa and overcome the language barrier is essential.

Meet the Nuns of the Brahmadung Nunnery

While monks are dominant in the valley due to the large Tawang Monastery, it is also well worth visiting the Brahmadung Nunnery to see how monastic women live. The friendly complex is known locally as Ani Gompa and is home to around 45 nuns who welcome visitors.

Founded in 1816, the nunnery feels like a small enclosed village. The houses are whitewashed, in a similar style to the Tawang Monastery, and the monastic life of the women here is much the same – although due to the size, there are fewer activities to witness.

Taste the food and drink of the Valley

ABOVE: A bowl of Arra wine at a Monpa home.

If you’ve spent a few weeks in India before your visit to Tawang, you might be looking for a change from curries, rice, and chapatis. The cuisine in Tawang is primarily influenced by the food of Tibet and Bhutan. You’ll find delicious Thukpas (Tibetan noodle soup) and momos (Tibetan dumplings) on every menu. Local Monpa food features a lot of chilis, homemade cheese and is very filling and flavorful. While you’re in the area, you also must try the local tea which is flavored with a lump of salted butter.