Arunachal Pradesh is India's northeasternmost state, bordering Myanmar, China and Bhutan. One of the most linguistically fertile and ethnically rich areas within Asia, it's home to almost 50 distinct languages, numerous hill tribes, and ethnicities influenced by the nearby regions. Much of Arunachal Pradesh is located within the Himalayas, and the topography of the area ranges from deep, plunging valleys to jagged, towering peaks. Due to the considerable rainfall and raging rivers (fed by snowmelt from the Himalayas), Arunachal Pradesh is blanketed by a series of lush, alpine forests. While the area has historically been disputed by various nations, including India, China and Britain, today Arunachal Pradesh is a peaceful, scenic area, ideal for hiking, trekking, and cultural exploration.

Travelers should note that the rainy season is from May to September. At other times, the weather is generally mild, though this varies with elevation.

The largest national park in India, Namdapha lies on the India-Myanmar border. Due to its varying elevations, Namdapha is home to a large number of habitats, including alpine meadows, subtropical forests and even snow. As a result, the park features the highest density of mammal life in all of India - over 200 species - as well as more than 400 species of birds.

As Arunachal Pradesh is home to the mighty Brahmaputra, Subansari, and Kameng Rivers, it is an ideal location for rafting, hiking, and trekking. Between the months of February and October, the rivers are fed by snowmelt, and make an exciting and dynamic challenge. Rafting on the Brahmaputra, in particular, is considered one of the great river adventures; rafters will float past the Namche Barwa, the highest unclimbed mountain in the region. Alternately, visitors can hike the plunging valleys, carved out over millennia by the ferocious waters of the three rivers.

In the nearby town of Tawang lies a Buddhist monastery dedicated to the Gelugpa order of Tibetan Buddhism, and the birthplace of the Sixth Dalai Lama (1683-1706). At the monastery, smell the incense, listen to the prayers and savor the peaceful, spiritual ambiance.

There is also a war memorial here honoring the Indian soldiers who fell during the 1962 border war with China, and the Tibetan Medical Dispensary which can offer local cures for various ailments.

Short-listed for designation as a UNESCO World Heritage Site, Ziro is an old, well-preserved town home to the Apa-Tani hill tribes, known for their elaborate facial tattoos and extensive, wet-rice agriculture. Visit Ziro for a glimpse at the interesting paddy and fish culture of the Apa-Tani, wherein fish are farmed alongside rice paddies, all of which are irrigated via a complex system of canals and channels. 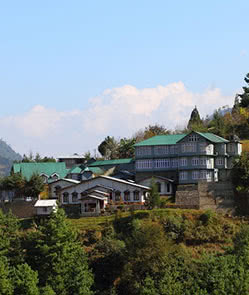 Located just outside the town of Dirang, the Hotel Pemaling is a basic hotel with superb views of Dirang Valley. Its 16 rooms have hot water, TV and ensuite bathroom. The hotel itself has a garden and a restaurant. 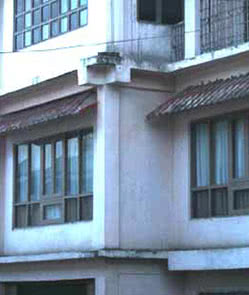 The Tawang Inn is the oldest hotel in Tawang and whilst it is a lot more basic than our usual properties, it is well located near Nehru Market and offers excellent mountain views. All 10 rooms come with hot water, en-suite bathroom, LCD TV and heater. The hotel also has an internet cafe and a restaurant serving Chinese & Indian food.

Travel writer and photographer Annapurna Mellor journeys up steep mountain roads and into the heart of Arunachal Pradesh to discover and shoot Tawang.

Luxury Guide to India Festivals in 2019

Seeing the festivals of India isn’t difficult if you get a flight and a car, but to see it in style takes a little Remote Lands know-how. This luxury guide to India festivals will put you on the right track.

As Travelogues from Remote Lands rounds out 2018, we wanted to take a few moments to recognize some exceptional articles published this year.