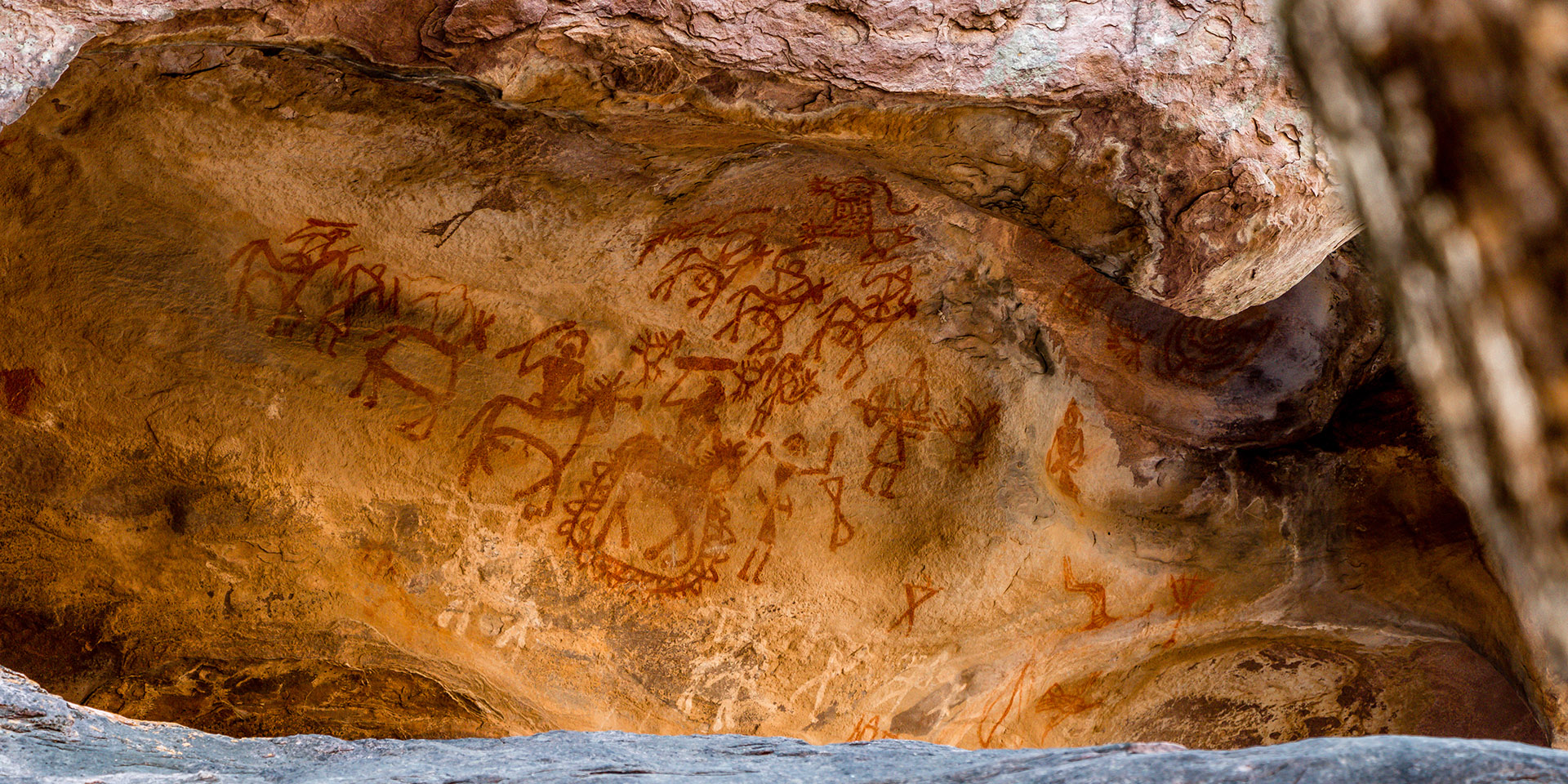 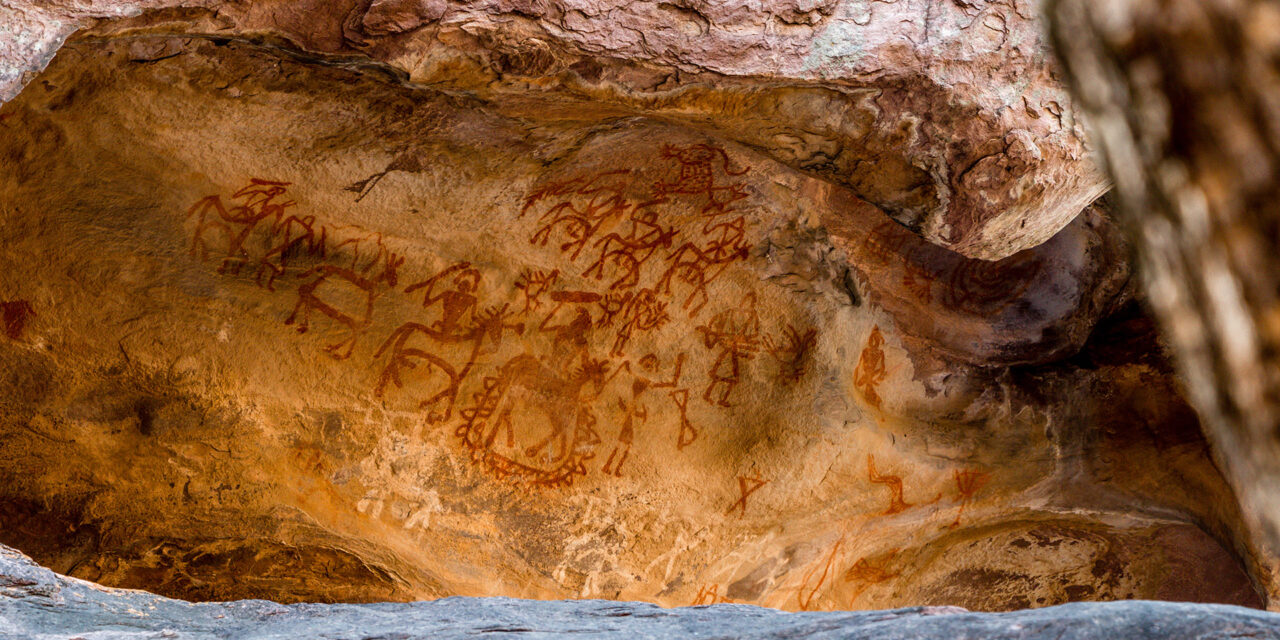 The highlight of Bhopal is the history. Some places have the grand imperial dynasties, others forgotten cities. But, from Bhopal travelers can look all the way back to the Mesolithic Period. This Indian haven of UNESCO sites and architectural marvels is perhaps a little understated when compared with places like Orccha and Gwalior, but just outside of town travelers can take a weekend to explore the Stone Age.

A short distance out of Bhopal, this UNESCO world heritage site covers seven hills, beneath which lie over 750 rock shelters that housed some of our earliest ancestors. Archeological surveys indicate that Homo erectus inhabited these caves over 100,000 years ago, and today they offer a fascinating look into our past.

The remnant artifacts and cave paintings demonstrate humanity’s evolution from hunter-gather communities to agriculturally based ones. Some of the rock paintings are 30,000 years old. They depict everything from hunting excursions and harvests to scenes of people dancing and ancient notions of spirituality. Stepping into the site’s massive “auditorium cave,” quartzite towers surround you as the chill cave air draws your thoughts back to our prehistoric roots.

ABOVE: The Great Stupa of Sanchi.

Sanchi is home to the Great Stupa, it’s about an hour outside the city and has graced countless covers of college students Indian Arts and Buddhist Studies textbooks, with good reason. Dating back to the 3rd century BCE, this is not only one of the oldest stone structures in India, but it is also said to house relics of the Buddha. It is built atop a hill and was commissioned by the legendary emperor Ashoka. That said, the most impressive element of this site is the four stone gateways surrounding it.

ABOVE: Sanchi sculpture and pillars.

A 1st century BCE addition, these gateway’s elaborately carved images express the story of the Buddha’s journey and central themes of the Buddhist religion. One scene depicts the daughters of the demon of death’s attempts to seduce the Buddha a obstruct his path to enlightenment; another shows a war that waged between two ancient kingdoms over Buddhist relics. The details are stunning. Few can use pen and paper to achieve the same level of detail that these ancient artisans accomplished with a chisel and slab of stone.

ABOVE: Ornate, detailed carvings in the Udayagiri caves.

The Udayagiri Caves are a collection of twenty rock-cut caves that date back to the early 5th century CE. They are home to some of the oldest surviving Hindu temples and iconography. The site was originally a center of Hindu astronomical activity (as evidenced by its sculptures, inscriptions, and sundials) and central to the religion.

This is likely the reason why Udayagiri can be literally translated to “sunrise mountain” in English. But in addition to early iconography of Vishnu and Shiva, the caves also contain other sites of interest to part-time archaeologists, like a string of rock shelters, petroglyphs, water systems, and fortifications. Take your time exploring the archaeological wonders below ground, but don’t forget to take a few moments to appreciate the peaceful landscapes above.

But this site is not famous for the simple novelty of being incomplete; rather, the abrupt stoppage of work resulted in the abandonment of quarries, construction equipment, and architectural drawings. It is uncertain what caused them to give up on construction, but the remnant materials and blueprints have shed an invaluable light on 11th century CE Indian building techniques. This curious turn of fate left the temple more valuable to humanity in its unfinished form.